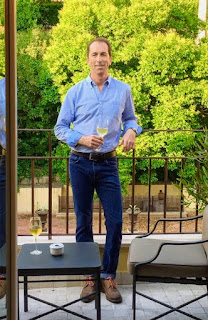 Rebranded in 2020 as Imbiber's Journal, this site operated under the name Winethropology for eleven years beginning in 2009.

Founder and writer Steve McIntosh traces his imbibing expertise back to the early 1990s as a home brewer, and later in the mid-nineties when he began traveling to wine country destinations the world over. In the decades since, he has visited countless breweries, wineries, and distilleries, attended numerous trade seminars, and amassed a discerning palate for quality beverage products.

In 2004 Steve sat for and earned a certificate from the Court of Master Sommeliers. In 2010, he was a participant at the 2010 Symposium for Professional Wine Writers at Meadowood Napa Valley® - an extraordinary program for journalists specializing in the craft and business of writing about food, wine, and travel.

Striving to be a more thoughtful and generous father, husband, and community member, Steve lives with his family in Columbus, Ohio.