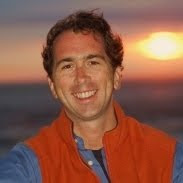 Steve McIntosh's expertise in wine can be traced back to the mid-eighties when he and his best friend snuck slugs of Soave from a magnum in his parents' fridge.
In the mid-nineties, he made his first wine country trip to Santa Barbara County and the fascination really began.  By the turn of the millenium Steve was the "Go To" guy for advice on wine and wine travel for friends, family, and colleagues.
Since then he has traveled to winegrowing regions around the world, filled (and emptied) more than a couple of cellars, and enjoyed several thousand wines in the process.  His uncanny memory for all things vinous has earned him more good-natured ribbing than real respect, though along the way he managed to pick up a certificate from the Court of Master Sommeliers.

He was also a participant at the 2010 Symposium for Professional Wine Writers at Meadowood Napa Valley® - an extraordinary program for journalists specializing in the craft and business of writing about food, wine, and travel.  Seriously good stuff.

His qualifications as a journalist are, well, limited, though his vast experience on the consumption end of the wine industry have made him a subject matter expert.  So there. 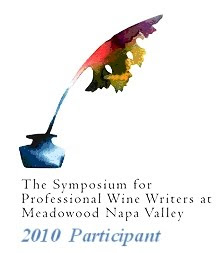 A writer only after wine o'clock, by day Steve runs a software business.  He also serves on community and non-profit advisory boards in Columbus, Ohio where he lives with his family.
founder