Notes From the Titanic

This article from a couple of weeks ago pointed out the consumer drivers affecting the fragile state of the expensive wine market.  Here in Napa Valley, the view is - pardon the cliche - of waiters rearranging deck chairs on the titanic.  The semblance of normalcy is all important.  And everyone here is smiling. 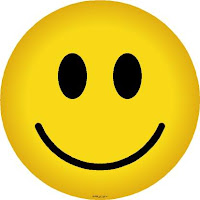 This unacknowledged impending doom - or as one well-known wine writer blurted yesterday - "Oh, you mean the clusterfuck?" is real.  But only disinterested parties, those who believe they will be unaffected, or, like that writer, people who've had a couple of drinks are willing to discuss it.

Lurking beneath the surface of normalcy are quiet and very concrete factors of banks revaluating collateral, wineries over-leveraged to finance operations, and stagnant inventories.  Margin calls are coming.  Soon.  And in the meantime, the vines out back continue through their annual cycle of delivering tonnage.  Again, again, and again.

The smart money here says the outlook for those lacking strong cash positions is desperate.  Divestiture, private equity scavenging, and brand equity landslides will begin at the end of this quarter and continue throughout the year.  The pace - not the reality or timing - of the carnage will be determined by the aggressiveness of banks and stubbornness of stakeholders.  But in the end, the landscape of producers will be vastly different in 2011.

Boutique wineries offering a $75 Chardonnay and a $100 Cabernet - and this valley is littered with them -  are, to put it bluntly, screwed.

Why do you always have to be such a fucking naysayer?

No one likes a pessimist.  But the news isn't all bad.  Sure, there will be some wineries who will deservingly survive, backed by their loyal followings or buoyed by the $10-15 offerings in their diverse portfolios.

And there is always an upside.  In this case, it's for you - the consumer.  High end wine is about to get cheaper.  A lot cheaper.  It already is as we saw this holiday season.

Where will these deals be?  Regrettably, they'll be from small, independent producers of expensive wines.  They'll take a while to work their way through the system and some producers' reluctance will delay the inevitable, but the deals will start coming early this summer - especially for heavy, serious reds.  Keep an eye on deals coming through negociants (more specifics on that soon).

Just as economists have predicted fourteen of the last six recessions, this one could be full of shit.  If it is, you can expect a shortly worded admission burried between glowing reviews of overpriced Viognier during a holiday week sometime next year.  In the meantime, bide your time - cycle through your own inventory, or drink some of the hundreds of great, cheap wines out there.
other