The Wines of Cartlidge & Browne

on March 23, 2010
France Meets Cali In The Value Market
Some readers may recall the finger-wagging response we got to our review of Cartlidge & Browne's Pinot Noir from partner Bob Babbe. Needless to say, Bob wasn't too thrilled with our coverage.
So, we invited Bob to have us re-taste the wine.  He passed on that.  Instead, Tony Cartlidge (the Cartlidge of Cartlidge & Browne) very kindly dropped a sampling of some of their other wines off (very sorry to have missed you, Tony!).

So far we've had similar feelings about these wines (see below) as we did the Pinot.  So, to better understand where they're coming from, we reached out to Paul Moser, winemaker for Cartlidge and Browne... 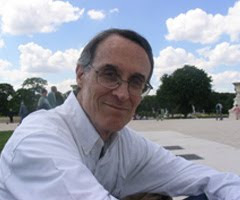 Well, more accurately, he's the winemaker for the Greenfield Wine Company, which includes the Lot 205, Stratford, and Cartlidge and Browne brands.  In this capacity he oversees production of some 150,000 cases.
As busy a guy as he is, you wouldn't know it to speak with him. Generous with his time and soft spoken, he walked through his winemaking approach, how Greenfield goes about the business of making wine, and the general state of the industry.  Though we covered a lot of ground, it was his winemaking approach that we were most interested in.

After all, it seems like the wine is meant to taste the way it does.  And since the reviews here don't reflect too well on them, we wanted to ask him what the deal is.  And he was happy to share.

Paul's winemaking roots are firmly planted across the pond in the Loire and in Burgundy, where he worked with Jean-Noel Gagnard in Chassagne.  His early days working in wineries there left their mark on him and he brings a deliberately French philosophy to California grapes.  That means eschewing highly extracted powerhouse flavors, high alcohol, and cocktail hour characteristics while embracing aromatics, nuance, and compatibility with meals.  And there is no question that in these regards he succeeds.

But, wait a second.  If people want a Burgundian-styled Pinot or a Bourdelaise-styled Merlot, they'll hit the French aisle of a local retailer, right?.  Besides, California earned its own laurels long ago.  So, why make French wine in California?

To this question, Paul is an unapologetic idealist - and you've got to respect him for that.  "It's just what I do...these are wines for people who want those qualities", he says.  But he is quick to clarify, "I would never try to 'imitate' French wines in California--lots of people tried that in the eighties and it didn't work well. What I do try to do is to bring some of the subtlety, focus, and flavor interest of European wines to the unique character of California grapes. It is interpretive, not imitative."
Pressing further, we put asked how he could translate Zinfandel to French.  Isn't that a bastardization of the quintessential American varietal?  Again, on this Paul isn't the least bit defensive.  Returning to his principles, he explains that Amador Zin has strong tannins, "The first thing you've got to do with it is to tame its tannins..."
Paul knows he's fortunate to be able to make wines in a style he believes in.  And his humility and gratitude are refreshing, especially for someone in a line of work where super-sized egos are not uncommon.

Like the wines or not, he's hitting his mark.  If you're looking for something to gulp by the pool or while sitting around the kitchen waiting for dinner, these may not be for you. But if you're looking for something to complement - not overwhelm - your meal, you should consider giving these a try.
2008 Sauvignon Blanc Lake County Dancing Crow Vineyard - Definitely French, almost Bordeaux-like in character; you'd swear there's a dollop of something else in here.  But no.  In Paul's words this is, "...odd, but its taste has as much to do with the vineyard than anything else...it has peculiarities..." $11
2007 Zinfandel Amador County Deaver Vineyard - The quintessential American grape, done in a French style.  Paul even acknowledged having to tone it down to meet his ideals saying that "Zin doesn't always have to be a sumo wrestler.", nor is his "suitable for every food."  Hmmm.  Toning Zin down like this is akin to neutering it.  Lighter in color and density than expected with nice aromatics, but lacking the umph that comes with good Zin.  $13
What's next?  Paul's excited about the 2009 and 2008 Cabs that are in the pipeline.  And he's also looking into the possibility of making some small quantities of Red Hills Zin.  As far as reviews here go, we still have the 2008 North Coast Cabernet Sauvignon and 2008 California Chardonnay to taste.  Stay tuned for those...
cartlidge and browne sauvignon blanc zinfandel