Here's a glimsp into one of the features slated to be a regular part of the soon-to-debut newsletter.  But instead of just one, we're giving you a trifecta...Three cases at three price levels.  Sources for where to get these wines at the prices indicated are included... 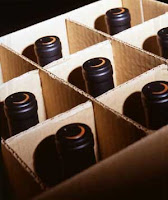 ***Newsflash: Bedford Winery (formerly bedford Thompson) is blowing out the last of their 2000 and 2001 Cab Franc, which was a Must Try from 2009 and in the Dream Case Middie.  Discounts range 20-50%****
Note that prices listed are MSRP (mostly), though the where to buy links have many for less.  A lot less.
Dream Case Low (aka Kick Ass Case For A Hundo Fiddy)  These wines are all priced under $15 retail in most markets:

Uh, WTF?  That's only 8 bottles.  Yeah, so get 3 bottles of the Bogle because the new vintage is coming in and it's not nearly as good as this exceptional Pinot.  Also, double down on both the Columbia Crest Cab and the CGT Ship of Fools.  Damned good stuff and you'll want more after your first bottle.

Dream Case Middie (aka Wild Times For The Well-Heeled) These wines are all priced between $15 and $25 retail in most markets:
There would have been one more entry in this lineup from Cameron Hughes (Lot 168), but they sold out - fast, too.  Since this case is light on the whites, double down on the Lioco.  Lovely stuff that.

Finally, Dream Large Case (aka You-Borrowed-Someone's-Platinum-Card-Go-Crazy Case) These wines are all over $25 retail in most markets: 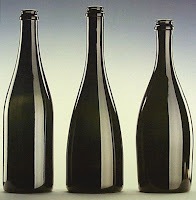 Get two of the Canards 'cause it's a hell of a deal considering how great the wine is.  Also, two of these wines have the stuff to bring you to tears - the Mondavi Chard and the Shafer.  Get three of each.  Open one of each to enjoy now, put one of each in the cellar for down the road, and send one of each to Winethropology.
dream case other