This May Become Habit-Forming 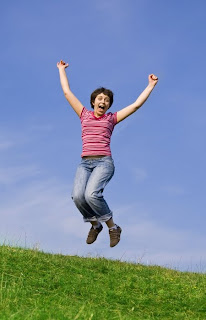 So, going back to last year, the word on high-end wine buying was Wait.  Probably sounding like a broken record, we've been predicting that 2010 will create the best conditions modern wine consumers have ever seen.  Some months ago, we also said that high end wine is about to go on a fire sale. Get ready...

Well, folks, it's starting.  And while this is just the beginning, the early indications are that Champagne taste/beer budget consumers are in for a treat.  Okay, so it's a bad year for wineries and a good year for buyers.  Why am I not seeing the deals at my local retailer?  More importantly, where are these supposed deals?

The answer to the first question is somewhat slippery, but basically it takes a while for the deals to work their way through the system.  Consider all that inventory on the shelf at wine shops everywhere.  Most of that stuff was paid for when prices were higher.  So, it has to sell before you're going to see new pricing reflected.  If your favorite retailer is a high volume place, that'll happen sooner rather than later.  But, frankly, you're not likely to see the real deals at your retailer.

Where are these supposed deals?  Virtual clearing houses.  There are now at least a dozen online liquidators that are variations on a theme - blow out all the stock of a particular wine at a rock bottom price.  Sites like WootWine, Wine Spies, and Cinderella Wine have been hard at work delivering this theme.  But our new personal favorite is The Wine Squeeze - a daily consolidator of at least half a dozen sites' deals.

How good are these deals?  Good and getting better.  Depending on what you like, there's usually something for everyone.  And 50% discounting is not uncommon.  Take the highly lauded BV Tapestry, a consistently fantastic, age-worthy wine that typically retails for around $40-50.  Empire Wine recently featured it for $25, with free shipping if you bought 4 or more.  That's a deal.  But it's not just current release stuff, either.  Last week Wines Til Sold Out featured Burgess Cellars' Napa Valley Cabernet from - get this - 1997 for $25!  (The current release retails for $35.)

These blue chip bottlings are the just tip of the iceberg.  Everyone's got to move inventory and these virtual clearing houses are providing the perfect match between bargain-hunting consumers and cash-strapped producers.

So, now that the deals are pouring in (pardon the pun), start following The Wine Squeeze, wait for a favorite to come up, and don't hesitate.  But fair warning - this may become habit-forming.
other