Get The Funk Outta Here - Your Wines' Enemies 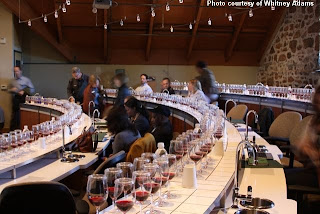 While out for our anniversary dinner last weekend, I ordered a bottle of a reputable (and somewhat pricey) Brunello.  Uh, oh.  No question: it was cooked.  So, in accordance with Rule #8, I sent it back - nicely - and exchanged it for another (most definitely pricey) Brunello.  No biggie.
The problem this little hiccup illustrates is far more common than openly acknowledged.  And with summer rapidly approaching, the time is right to visit topic.  That Brunello, though, served as a good reminder of a very eye-opening course on wine flaws and one of the wine industry's dirty little secrets...

Mark Krasnow is some kind of wine geek.  He's got a PhD in Plant Biology (grape biochemistry) from UC Davis and is now a Senior Lecturer in Viticulture at the Eastern Institute of Technology in Hawke's Bay, New Zealand (lucky bastard).  Like I said: wine geek.  But you'll be hard-pressed to find anyone as knowledgeable and enthusiastic (and down-to-earth) as Mark on the subject of wine chemistry.  And you certainly couldn't ask for a better teacher.

Walking into Wine Flaws 101 at the Culinary Institute's gorgeous Rudd Center (photo above), it was readily apparent that we were going to be partaking in some wine.  Mark had filled ten glasses at each seat with red wine - each purposely infected with different concentrations of different flaws (so much for a mid-morning snack).  He walked the class through the pathology of TCA (aka Cork Taint), brettanomyces (aka Brett), and a handful of other culprits with long latin names. 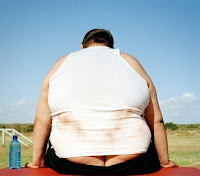 The detail gets very technical very quickly, but the bottom line is this: If you open a wine that smells of band aids, barnyard, mold, or sweaty ass, you've got tainted wine.  It's not fit for drinking, so don't get too curious.  It probably won't hurt you (or the dog) but it is some nasty shit (that's not Mark in the picture on the right, by the way).  So nasty, in fact, that it's detectable at concentrations of just 3 parts per trillion.  That's less than a drop in a swimming pool.

But back to that Brunello. That wine wasn't infected with a yeast, bacteria, or other infectious meanie.  It was cooked. Literally.

Okay, maybe not in a stock pot, but somewhere between southern Tuscany and the dinner table it was exposed to extreme temperature.  Extreme enough to change the chemical composition of the wine and make it taste, well, burnt.  Mark also points out that, "Brett also likes it warm, so if bottles are stored improperly--as they almost always are during shipping (thanks for pointing out the shippers dirty little secret), the wines will not only taste cooked, but may have a Brett bloom as well." 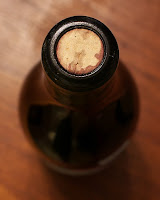 Hey, hey!  Two-for-one special in the warm weather!
In the last few months we've re-evaluated a handful of wines that we had bought at retail and which we also had at (or directly from) the winery. The difference is stark.  Almost without exception, there is no climate control in the distribution/storage of wine.  It sits in trucks, warehouses, and retail shelves on the hottest of days with little, if any relief.  Seepage (see photo) is the tell-tale sign of this.
More than any other malady that can affect the taste of your wine, temperature exposure is by far the most common (and least reported) flaw present in wine.  And it's gradual, too.  A little heat exposure; a little damage.  A lot of heat exposure; vinegar.  This is why we are increasingly advocating buying direct from wineries (during cooler months), especially for higher-end wines.

Okay, class - bottom line: If you're music is funky, groove to it.  But if you're wine is, take it back.  And if you're storing wine, keep it cool.  Finally, if you're not already, you should give some serious consideration to buying more of your wine direct from wineries.  They are, quite literally, different wines than what you're getting at your local shop.
cork other