What Happens When You Write A Negative Wine Review

Rarely, if ever, will you read the kind of crass, blunt (or as we like to think, honest and entertaining) reviews you find here on Winethropology elsewhere.  In fact, most publications have a policy of silence - of not writing anything negative.  No joke.

So, we often get the question, 'What happens when you write a bad review?  Doesn't that piss some people off?' 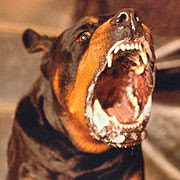 Sure does.  And here's a great example:
A while back we wrote a review of a wine that was "A child only a mother could love...slightly disturbing, offensive to the nose and palate...a catastrophic collision".  Harsh words to be sure, but the absolute truth. That wine was awful - and from a very highly regarded winery, as it turns out. As we always do, we sent the review to the winery.

Quick side note: We send reviews to the vintners via email for virtually every single review. This is a time consuming pain in the ass, something no other publication/blog does, but it is important to do.  Moreover, when a review is negative, this can be a tough email to send.  It's a small world and chances are we'll find ourselves at some trade function or another where we'll run into the winemaker. We try to keep this in mind without compromising our honesty - a tricky balancing act which, admittedly, we often get wrong.

So, back to the story.  We did not get a reply from the winery, but (we believe) they contacted one of their PR people and gave them an earful. That PR person, in turn, sent us an email - a bullying, and, frankly, inappropriate email. "It is unconscionable that you would take this opportunity to trash a wine...consider your actions more closely before pontificating about things..."  The email went on to intimate that further misbehavior might result in exclusion from future press junkets, blah, blah, blah...

Hey, if the PR rep's job is to protect brand equity, then they were just doing their job. Perhaps a little aggressively. Okay, perhaps a lot aggressively (they're damned lucky the email didn't end up on-line). But they were successful in delivering a very clear message: Do NOT write bad reviews about our wines.

To be fair, that's not the typical response (read on), but the message above is a common theme from the wine industry to writers:  If you don't have something nice to say, don't say anything at all.  This is enforced by an unspoken understanding that if you don't play nice, your access will be limited.  This means invites to trade events, interviews, samples, etc. - the stuff writers need to do their job.  And it works, doesn't it?  When was the last time you read anything less than flattering in the wine press?  Winethropology reviews all samples and this makes a lot of wineries nervous.

Okay, so that was just one story.  What usually happens?  We get replies.  And the replies tell you a lot about the people behind the wine who can be lumped into two major categories: the proactionaries and the reactionaries. 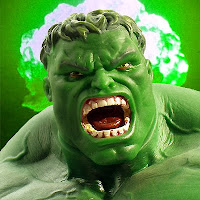 The reactionaries either ignore the reviews or, like the PR rep above, take the feedback personally and fire back. The ones who ignore the reviews think, Who the hell is this nobody anyway? That stupid review isn't going to matter.  While those who fire back often look like idiots when they do.
Some advice vintners would do well to consider this: Instead of ignoring what will become a searchable internet record (the term "wine review" is googled tens of thousands of times a month), they might consider reaching out to say, "Jeez, that's not how we feel about our wine. Maybe you got a bad bottle.", or "Well, our Pinot isn't for everyone, but we'd love it if you tried our Malbec." Something. Anything.  We have held reviews back because vintners have contacted us to suggest that we try again. Fair is fair, so why not?  Wine is an incredibly subjective thing and we keep an open mind to the notion that we could just be plain wrong. You know what they say about opinions. We're sure ours are no different.
The proactionaries are people like Jack Galante, Roy Cecchetti, and Paul Moser - Class acts who, despite their wines getting negative press on this site, have a different-strokes-for-different-folks attitude.  Jack Galante wrote, "That is the great thing about wine – there are flavors for everyone!"  and Roy Ceccheti was very gracious in one email exchange:
"Believe me, I have had my share of less than flattering reviews of wines that I have made over my career, some with much validity. However, if a winemaker believes very strongly in the products he or she offers and continually strives to make these wines the best they can be, it makes no difference what a critic says about the wines, good or bad. Actually, as with everything in life, constructive criticism is a good thing if listened to with an open mind."

Amen! These are people who are easy to have a dialog with and whose wines we will continue to seek out until we find the ones that reflect the character of the people behind them.
other