Reader Q & A: Do You Ever Decant Your Wine? 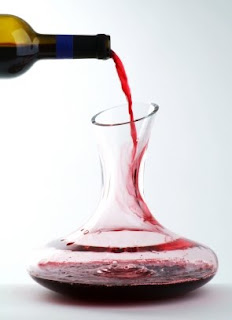 An Alternative Explanation To the Science of Decanting
One of the most frequent question a wine geeks get from their less illuminated friends is, "Do You Ever Decant Your Wine?"
Shitchyeah.  Um, why?  Here's why...
But first, a disclaimer: there are smart, dedicated, highly educated people at universities the world over who study the chemistry behind all things vinous, including the science behind decanting.

I am not one of them.

Nor have I ever let facts get in the way of a good story.  So, take this with a grain of salt.  Better yet, take it with a plump Syrah that's had a chance to breathe a little.

Oxyfauxlitides: Sacks of Gas
Wine is composed mostly of water, alcohol, sugars, acids, and - the obscure part no one really acknowledges - oxyfauxlitides.  It's these microbial compounds that hold the secret to why wines, uptight red wines in particular, ought to be decanted. 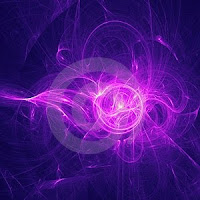 Though they are far more complex than can be explained here, the simplest way to imagine these little guys is as slippery, butt-cheek-shaped sacks of gas (oxyfauxlite) encased in fragile membranes of mucous interconnected by a web of pixie dust that looks more like a Rorschach test than an MC Escher drawing.  Yeah, far out is right.

It's the fragility of these sacks that lends wine to such volatile change as it's aerated.  By decanting a bottle of wine - or pushing it through one of those fancy devices like a Vasectominturi - the fragile membranes are ruptured.  (If you listen very closely, you can even hear them crying.  It's sad, but sweet, too.)

A Whole Bottle Of Je Ne Sais Quoi?
Though naturally occuring in our atmosphere (just like angry lesbians behind the counter at video rental stores), if you were to mix up a batch of just oxyfauxlitides, the concentrated result would be far too noxious to bear for too long. (Think a mosh pit full of Blockbuster employees at a Lilith Fair concert.)  Ironically, in wine, they play an important balancing role and impart a certain je ne sais quoi.

For the chemistry nuts out there, that je ne sais quoi is (roughly) two parts ethyl bromoacetate, one part diacetylmorphine hydrochloride, three parts benzoylmethylecgonine, and the rest nitrous oxide.  Wooo-hooo!  While it definitely is stinky, it sure is a recipe for a hell of a party.  You thought that peyote you ate on that guys weekend in Joshua Tree was crazy?  You ain't seen shit. 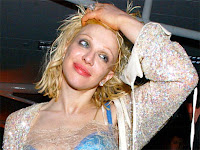 As oxyfauxlite breaks the surface of the wine, they go through a chemical conversion that is the wine equivalent of alchemy.  The oxygen component of oxyfauxlite reacts to the nitrogen in air, triggering a very brief, but volatile conversion to NO2.  A byproduct of that reaction is the jettisoning of hydochloride, which in turn reacts with the acetate in the ethyl bromoacetate, which in turn reacts with the ethyl in the benzoylmethylecgonine.  It's like a ring around the rosy, chemistry style.  The net result of all this reaction, however, is a net zero - there are no more molecules than we started with.  But in the process, all that reacting gets the wine molecules stirred up into a tizzy.  A horny frenzy.

And how can that not be a good thing?  Even for an inanimate beverage?

So, this reaction continues for a while until all the oxyfauxlite eases out of the wine.  And, like a jack rabbit in heat, doing its thing helps it relax.  Release some tension.  And then, you know, it gets all languid.  And in wine, that can be a really great quality.

That's why you decant wine.  (And because the sound of oxyfauxlitides crying as they rupture really is sweet.)
bullshit other