Last week we updated you on some wines we had whilst on vacation.  Especially the wines of Vincent Arroyo.  Well, we added the extraordinary 2002 Cabernet Reserve to the list.  What a giving wine.  Consistent with all the things we love about Vincent's wines, plus a level of sophistication and eye-popping quality from the get-go.  Thanks Patty & Joel for the generosity.  Turns out we really needed that wine!

Moving on.  Because we were in other markets, we took advantage of sampling wines we normally don't get our hands on.  And we also revisited some old (wine) friends... 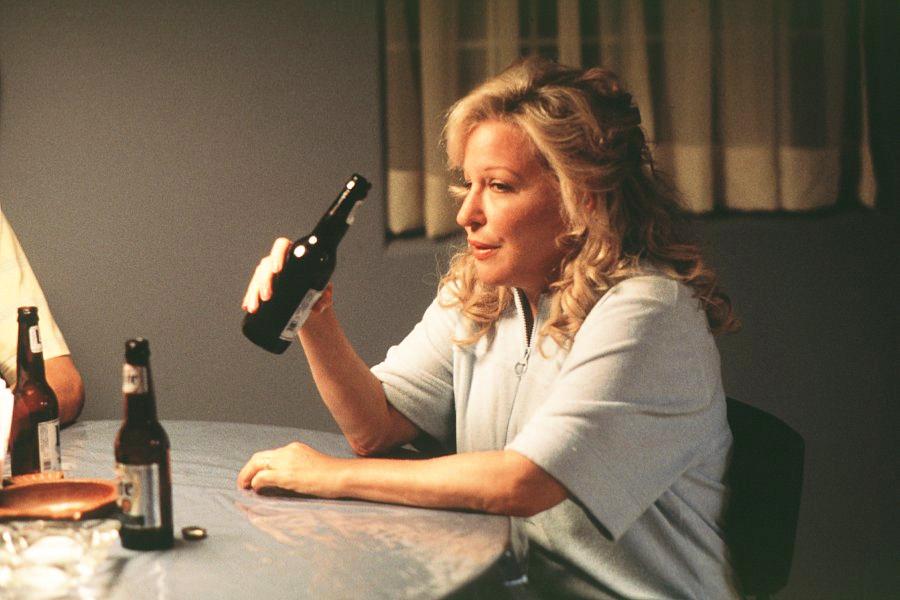 For the pre-dinner Chardonnay sessions on the deck, we also grabbed a 2005 Chateau St Michelle Chardonnay Canoe Ridge.  At $25 it's no bargain, but we've had - and very much enjoyed - this wine before.  alas, this one might've been sitting on a warm shelf for too long.  There's pretty much no way around the size of this wine.  Think Bette Midler wearing football pads - before she lost all that weight.  Unrestrained Chardonnay goodness complemented by oak and slight acids.  Perfect for lobster with garlic butter.  Lacking in complexity, it's one dimensionalness can likely be written off to poor provenance. 3 stars.

Regular readers know all about Cameron Hughes.  So when we saw a stack of 2008 Santa Barbara Chardonnay Lot 145 for a mere $12.99, we grabbed it.  The nose delivers on the label's promise.  Ripe, round, sun-kissed fruit in harmony with an oak lining and a speak-softly-but-carry-a-big-stick body.  Though not lacking in character, it doesn't exude Santa Barbara County the way some more expensive wines do.  All in all a great package - especially sitting on the deck looking down a valley.   Ah...
4-4.5 stars.

We were also pleased to find cases of 90+ stacked at the grocery store, so we snatched up a 2007 Australian Fusion (Bordeaux blend)  McLaren Vale Lot 9 for $12.99 and a 2008 Napa Valley Pinot Grigio for a sizzling $8.99.  We revisited the Pinot Grigio (which we reviewed last month) to see if we still felt the same way about it.  Pretty much, but I still can't my sister-in-law to try it.  The densely packed rugby player of a wine (Lot 9) has a classic Ozzy chocolate backbone, restrained brawn, and deft balance of flavors.  Strong.  Could've used more time to open up, but good nose with prominent acids.  Ageworthy and steakworthy.  Maybe not quite up to par with the last batch of 90+ wines, but at $13, stocking a few away until 2013 might not be too foolish an idea. 4 stars.

For reds we went somewhat higher end and were somewhat disappointed.  Leading off the buyer's remorse due was the 2006 Lemelson Pinot Noir Willamette Valley Thea's Selection.  We overpaid at $40 and saw it the following day for $30. Sonofabitch.  Deeply colored like a Merlot.  Intensely bright floral aromatics - a fast, eye-opening nose that makes you impatient to drink it.  Warm bath water-like texture and spicy, heady notes like cymbals crashing through an overture.  The thrilling nose seduces and the palate, well, sort of falls short.  Not at all unpleasant, but a letdown.  Especially at this price.
3 stars.

The second half of the duo was the 2005 Miguel Torres Manso de Velasco Cabernet Sauvignon Old Vines.  Having recently read about its similarities to Harlan Estate, the purchase was tempting.  Even at $32.  Or should I say, especially at $32.  Not having experienced Harlan Estate, I can't really weigh in on the comparison, but I'm guessing it's better than this.  Extremely tightly wound and densely packed, it was refined and elegant on opening, but too tight to be approachable.  Decanted twice, left overnight and tasted again.  Hardly any change.  Tasted again after 24 hours, and again after 36.  Seamlessly integrated package, silky texture, but still longing to unwind.  This very well made wine of distinct Chilean character is enjoyable, but not mind blowing.
3.5 stars.

Finally - and because it's always nice to end on a positive note - we decided to revisit the 2006 Zaca Mesa Syrah Santa Ynez Valley.  Can lightning strike twice?  After our near religious experience with this wine last month we wanted to see if all the fuss still held true after letting our heads clear.  It does.  Not everyone will have this same reaction to the wine, but to help you decide if it's right for you, a few thoughts: It is more obviously graceful than it is massive.  It is a multi-faceted - as opposed to monodimensional - wine.  And to reveal all it has to offer, you must give it air time - 6 or more hours, please.  This is a wine you can carry on a romance with: feminine, pretty, and impassioned.  Outstanding experience.  And these guys have it for under $16 a bottle.  Carpe diem.  Carpe vino.
4.5-5 stars.
90+ blend cabernet california cameron hughes chardonnay chile lemelson mclaren vale miguel torres oregon pinot noir santa barbara syrah washington willamette zaca mesa