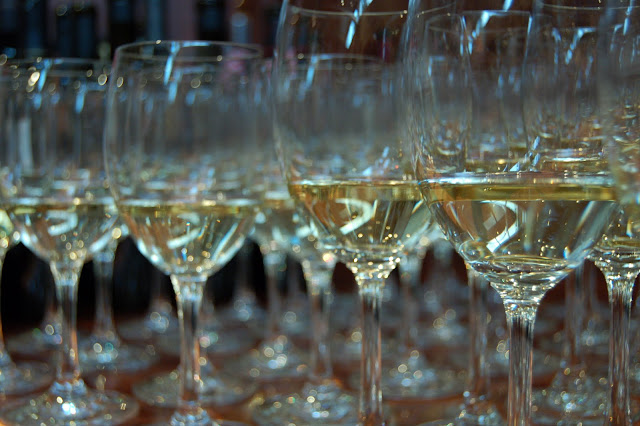 This, the Columbus Food & Wine Affair Wine Competition, was the kickoff event leading up to next month's Food &Wine Affair Grand Tasting and the professional judging component.  Held at the Columbus Fish Market and billed as the "Social event of the year", the Food & Wine Affair is now in its eighth year and is one of the two largest competitions in the Midwest.   Around 40 judges took their seats shortly before 9:00 AM in a dining room crowded with tables which themselves were crowded with half-full glasses.  With that many colleagues in one place, the din was lively, but a hush came over the crowd as the instructions were given.  Equipped with score sheets, the judges went to work - quietly. 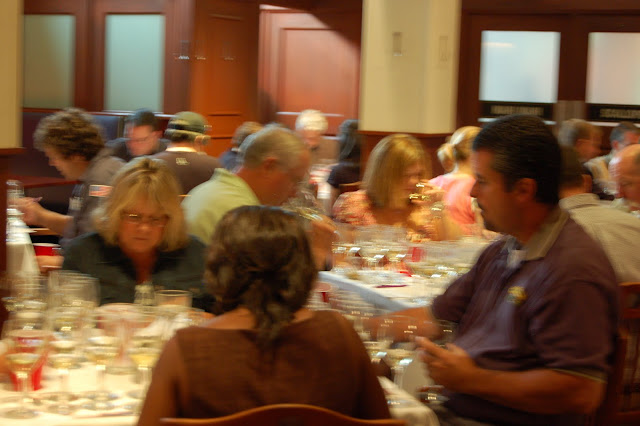 To help divide the field of wines into Gold, Silver, and Bronze winners, judges sat through round after round of flights starting at 9:00AM and running to lunch time. 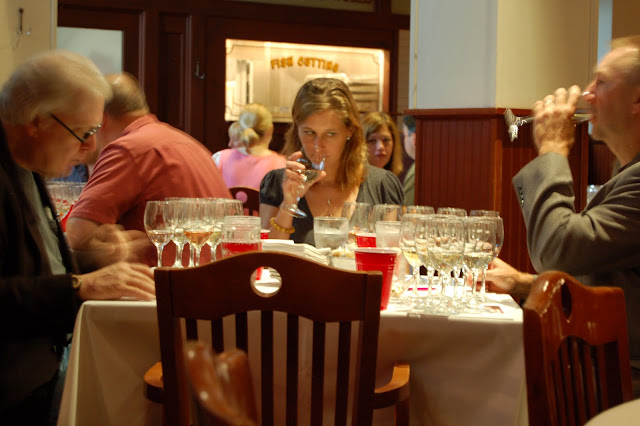 In an interesting twist, a parallel panel was convening at the same time in another dining room.  A group of amateur judges were gearing up for a tasting of their own. 30 early risers paid $50 apiece (a bargain given what they were treated to) to participate in a wine judging seminar which was followed by four flights of contenders for the People’s Choice Wines.  Dubbed Columbus Food & Wine Affair Wine Enthusiast, the event gives consumers the chance to see what it's like to taste wine like a pro - bleary eyed, confused and overwhelmed. 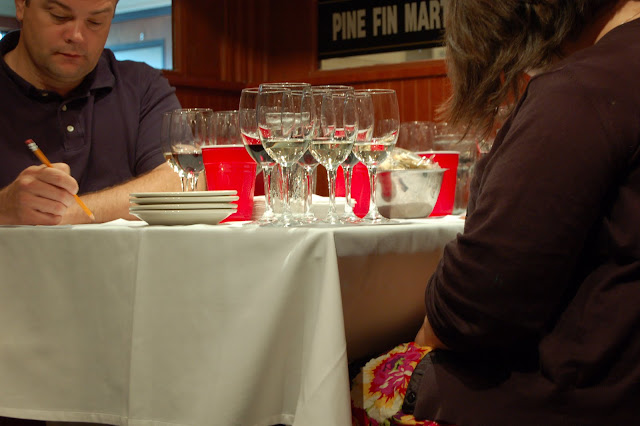 Winning wines from the Wine Competition and the Enthusiast Competition will be announced at the Grand Tasting at the Franklin Park Conservatory on Friday, September 24. Tickets are $125 and can be purchased online at http://www.foodandwineaffair.com/. With over 350 wines being served, that's about 35 cents per wine - not to mention the food from 35 area restaurants.
See you there! 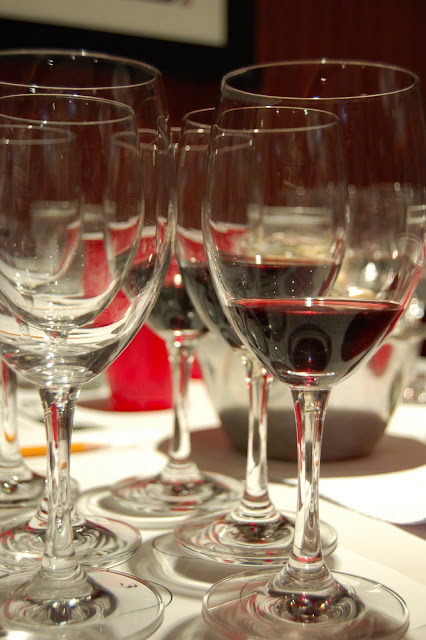