on October 12, 2010
If you drink enough wine over a long enough period of time, you develop some habits - besides drooling, calling people by the wrong name, and singing in public, that is.  Some are good, like taking chances on wines from uncelebrated regions.  And are some not-so-good, like letting exuberance get the better of you on a Tuesday night when you have a 6:00AM flight the next morning.

Here are 5 good habits that'll help you get more out of your wine without spending a dime.  And not a single one of them involves biodynamic mystical rituals...damn!

1. Decant
Despite what the good people at Riedel would have you believe, you don't need a $500 crystal decanter to do the job, but you should give your wine some air.  Shit, you should give it plenty of air.  You'd probably want to stretch your legs a little if you'd be cooped up in a bottle for that long, too.  Right? 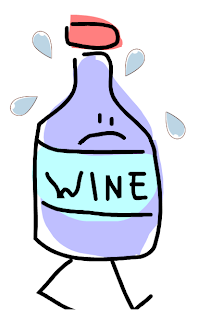 Seriously, almost every red wine we've reviewed this year has benefitted from decanting.  Most especially Pinot Noir.  For whatever reason, the Pinot Noir varietal is blessed with all kinds of wild volatile acids, making it aromatically complex and prone to big time evolution when oxygenated.  But the transformation that a wine goes through isn't limited to Pinot - most reds have a volatile acidity that makes them perfect decanting candidates.  For further reading, check out this in-depth, complete bullshit piece on decanting.  Bottom line: Wine wants air.  Give it what it wants and it'll give back.
2. Regulate Temperature
Not too hot, not too cold.  Tea is supposed to be served hot, not wine.  Red wines served at too high a temperature emit a hotter, alcoholic flavor.  Their flavors also tend to be muddled and feel like a drag when they're too warm.  Not to mention, prolonged exposure to warmer temperatures damages wine at a chemical level.  Yuck.  Still, it's amazing how often resaurants serve a bottle fresh from the kitchen stash.  While some purists like to serve their reds at 55 degrees Fahrenheit, that can have the opposite effect, so shoot for the middle and try for 65-ish.  In a hot pinch?  Kill two birds at once and stick the bottle in the fridge for 20 minutes while it's decanting.

Whites can suffer from temperate, too, but at the opposite end.  If served too cold, the flavors don't have a chance to get out and dance.  This is especially true of higher-end whites.  Many finer tasting rooms serve their whites at just below room temp.  You can really appreciate the flavors more when they're not wound too tight by refrigeration.  But be forewarned - cheaper whites should be served very cold (if at all).

3. Invite Food To The Party
Some wines stand well on their own.  Others, well, can't.  Those that can't are flat and obtuse without some form of food accompaniment.  Many of the cognoscenti believe there is a correlation between a wine's acidity and its need for food.  Yeah, I'll buy that.  But why not hedge your bets?  Even wines that don't need food reveal a little something extra when accompanied by a nibble - hence the cliché, wine and cheese.  It works.

Oh, and it applies to whites almost as much as reds. 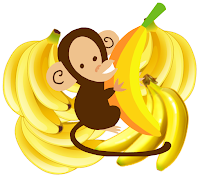 After opening, wine changes in an absolute sense - that's why we decant it.  But it also evolves in a relative sense - to our palates.  Factors like how much of it we've already had, what we're eating, and how we're feeling all play in to the experience of enjoying a wine.  If we hurry through it like a hungry monkey in a pile of bananas, we risk suffering vinous interruptus.

Slow it down.  Stretch it out over a few hours if you can.  It's amazing how a bottle evolves.

5. Don't Think, Drink
Finally, too much analysis of anything detracts from its enjoyment - even wine.  Especially wine.  The role of judge involves work, deconstruction, analysis, thought, and critique.  None of those mix well with wine or its attendant nicities (conversation and laughter).  Instead, think of your role as a wine drinker in terms of being a willing participant (or, better yet, accomplice) in the wine's intentions.

Next week: 5 Ways To Get Less Out Of Your Wine...
other