on April 27, 2011
You may have heard that Jess Jackson passed away last week.  He's the guy that founded Kendall Jackson.

His is the classic story of a hard working kid from humble beginnings making it big.  The story of his life is well documented by many obituaries this week.  You can read his impressive history elsewhere if you like.

Since I don't really know a whole lot about the guy - and mourning really isn't a feature on this site - we'll celebrate his life by highlighting a simple fact:

He elevated California Chardonnay to what it is today. 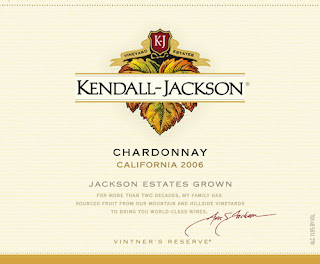 Before you get your puritanical panties in a bunch about how KJ has co opted the identity of what is a grape best left unadulterated by oak, consider these points:
Anyone who can change the landscape of an industry in such a dramatic way deserves to have a glass raised in their honor.  We should all be so lucky to have lived such a full life.
chardonnay kendall jackson other