on February 29, 2012
In our last episode we learned how Syrah is a stud.  But our group of winemakers/growers did elude to a heartbreak.  Of course, it's a matter of dollars and cents.

Dave Fleming, winemaker at Paraiso, made an observation that perhaps sums it up best: "Everyone loves a free Syrah." (OUCH) "They’ll taste it...they love what it is...and then they’ll default to what else this area is known for."

In other words, customers who taste Syrah love it, but buy Pinot anyway - because it's what they've been conditioned to do. Mark Manzoni of Manzoni Vineyards shares Dave's tempered hope, "I’d love to see Syrah get more popular, but that’s asking for a wing and a prayer...It’s just getting that perception out to people that this is a damn good wine." 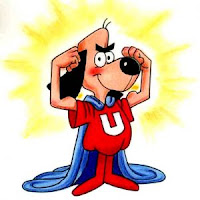 Syrah. Poor, poor Syrah...proven track record in the vineyard and in the bottle, winemakers' darling, grows under almost any condition, and capable of incredible heights.  Yet it's mostly neglected by the average consumer.  Why the injustice?
Schizophrenia.

Part Two of this series dubbed Syrah The Schizo for its seemingly infinite multiple personalities.  And therein lies the problem for mainstream wine consumers.  Reviewing some of our homework illustrates this:

We had the Rugby Player, Syrah's Australian personality: brash, big, and brutish.  Then we had Napoleon, the Rhone's version: rustic, lean, and consonant.  Finally, we dipped into the mass-produced end of California Syrah.  While we haven't dissected this one yet, chances are you discovered it to be flabby, lacking in structure, and generally indistinct: Childhood Actress.

Imagine a dinner party with a Rugby Player, Napoleon, and a Childhood Actress - not exactly the recipe for a harmonious meal - confusion would reign and competing egos would likely give way to everyone updating their Facebook status at the table.  Anyway, that's the problem with Syrah in today's marketplace.  Its lack of predictable, cohesive character is a turn off for consumers who want to know what they're getting into.  Interestingly, it's that same diversity that draws many wine geeks in to the obsessive pursuit of great Syrahs.

In the next and final installment of this series, we'll look at The Redemption of Syrah.  In preparation for that, your homework is to seek out a Syrah from Either Lodi or, better yet, Santa Barbara County.  Specific recommendations follow.  Whichever you get, be sure to decant for at least three hours before tasting.  You may pay more for these wines than you did for Part 3's Childhood Actress, but any of these selections will make up for the stylistic see-saw ride you've been on.