What Summertime Weather Does To Our Palates 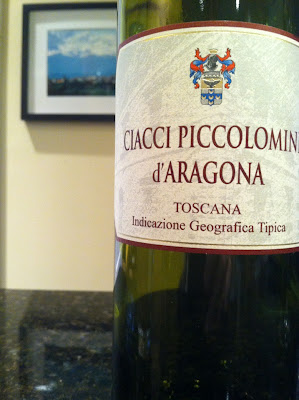 A large retailer recently commented that for the first time ever (for them) beer sales outpaced wine sales as measured in dollars.  It happened over a particularly hot weekend, so one might immediately jump to the conclusion that the shift was due to the heat.  That makes sense.  When it's hot, you're more likely to reach for an ice cold long neck than you are a mouthful of gritty tannins.

This got me thinking about how weather affects taste.  Certainly, consumption of beer in our household has risen in the last couple of months, but that doesn't mean we aren't drinking wine - even red wine.  Though, for sure, the wine we are drinking has definitely changed.  This has been a subconscious change only recognized after noticing the recycling bin's inventory.

Chardonnay is barely represented in the blue bin at the curb, save a few Burgundies.  Lean, crisp, and dry whites, mostly European, have been the norm.  Anything that's gone through malolactic fermentation brings too much heavy baggage with it for this heat.  Those broad shouldered California Chardonnays we sometimes love feel like a stifling wool sweater these days.  Until Labor Day, it's mostly Gavis, Orvietos, and Alsatian Pinot Blancs on the front porch for us.  Oh, and the occasional rosé, too.


What about reds? Not surprisingly, it turns out that the theme of our red wine drinking is decidedly away from high octane, dense beasts to lighter, more acidic wines.  And nothing too serious, either.  This translates to 12.5% Riojas, Chiantis, Marsannays, Cannonaus, and Pinor Noirs, made in Old World styles - rustic, but clean and bright.  And generally value-priced, too.

These wines are a lot more pleasurable to drink these days than the heavy monster Cabs and Syrahs we love in the cooler weather.  They're also pretty darn good company to grilled foods, even if the grill is too much to handle in triple digits.  And we've gotten into the habit of decanting them in the fridge for half an hour.  You know what?  That slight chill really makes a difference.  Thanks to this subtle shift in our selections, we're actually drinking more red than white these days - by a wide margin.

Whatever you're drinking, here's hoping it's keeping you cool.