on September 27, 2012
Though this site is dedicated to delivering readable advice on all things wine, occasionally an experience comes along that warrants an exception.  Call it an exception for the exceptional.  This is another such case... 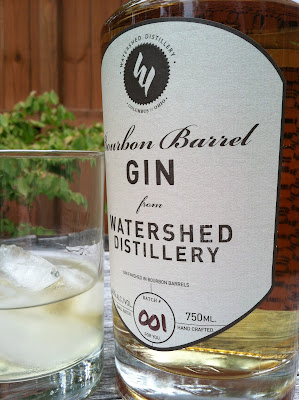 (Disclosure: The bottle was received as a press sample.) Walk into any liquor store these days and you'll see the harbingers of our society's decline: vodkas infused with Kool-Aid flavors, rums tinted into shades known only in the neon spectrum, and whiskies pumped full of high fructose corn syrup.  This nascent trend of bastardizing spirits with artificial flavoring is the beginning of the end.  Either that, or it's just really, really bad taste.

As something of a purist, I am as skeptical of these products as I am of Abercrombie & Fitch's marketing of thongs to preteens.  It's just not right.

But there's also an entirely different method of spirits infusion: finishing an already final product in the wood casks that once aged a different spirit.  This has been done for ages to great effect.  The Balvenie PortWood and The Macallam Sherry Oak, for example, make the argument for further aging Scotch in fortified wine casks.  These are definitely right.  But treatments like this can also go horribly wrong, as proved by Jameson's Distillery Reserve - a lovely product, unfortunately marred by heavy-handed finishing in charred Bourbon barrels.

In a tumbler, the hue is just a few amber shades this side of clear.  But the inside of the bottle's rear label is a dark caramel, so the eye tells the taste buds to expect a brown-ish flavor.  This disconnect isn't as much off-putting as it is confusing - at least for a few moments.  With the bottle outside the line of sight, the sensation becomes infinitely more straightforward and an important realization clicks: this is gin, not Bourbon.  That might sound pretty basic, but when your eyes tell you Bourbon, shaking that expectation can be a challenge.  Sort of like picking up the wrong cup of coffee. Once past this brief lurch of a learning curve, it's easier to appreciate this for what it is.

There is nothing subtle on the approach - the attack on the senses is real and exciting.  All of the same, exhilarating botanicals we've come to love in the Four Peel Gin are accompanied by a sub-textural contribution from the barrel aging.  This component comes across as baking spice on the nose, but provides a warm, comforting tone that adds substance to the palate without dragging down the high-flying aromatics.  While adding to an experience can often dilute its purity, the year of Bourbon oak treatment strikes a balance: subtle enough to remain in the background, but a present reminder that this is no ordinary beverage. Devoid of gimmicky manipulation, it remains fleet-footed and dry; fortuitously lacking any trace of cloying sweetness.  Perfect for cool autumn nights on the front porch.

So, bastardized happy juice?  Certainly not. Cask-finished liquor? Perhaps, but Bourbon Barrel Gin is unlike any spirit on the market today and, as such, defies categorization.

It's been fun watching Watershed Distillery evolve.  Since their start just a couple of short years ago, Greg and Dave have grown their germ of an idea into reality, and then taken that reality and smacked it out of the park.  Sales of their vodka and gin have been extraordinary, with distribution now Ohio, Kentucky, Louisiana, and New York, their products are now also available nationally via online sales through The Party Source. 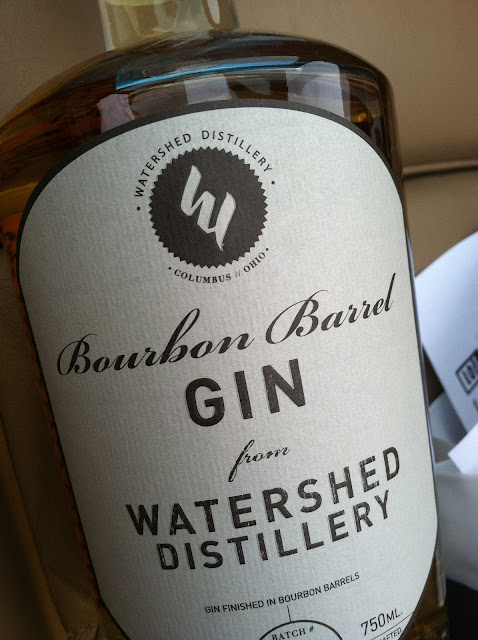