on October 20, 2013
Don't hold me to these numbers, but a common refrain heard in Paso Robles tasting rooms in 2007 was about the blistering expansion of the wine industry in this appellation: "Lots of new places opening here."  In 1990 there were fewer than 25 wineries in Paso.  In 2007 that number had reached 200, roughly a doubling every five years.  Granted, barriers to entry in the wine business shrank tremendously, the dot com wealth effect peaked, and the then-traditional definition of a winery (vineyards and operations under one roof) changed all during this period.  So, a "winery" could open at much smaller scales of capital and infrastructure.  Still, by any measure, geometric growth of this kind is meteoric.

Perhaps more surprising, though, is that, since 2007, this number seems to have climbed again to 280.  Hardly another doubling, but let's consider two things:
And, yet, 70 wineries opened their doors in this relatively short time.  Nowhere is this growth more evident than the 12 miles drive on Vineyard Drive from Templeton to Adelaida where we passed 27 wineries, most of which I'd never heard of.  It's also more painfully obvious driving on route 46 east, where tasting rooms are sandwiched between strip malls and hawked on billboards.  Paso is no longer the undiscovered wine country it once was.

As gaudy as some corners of this region have become, Paso Robles remains far more accessible and welcoming than Napa, for example.  Downtown retains its small town western vibe and the vast majority of wineries esconce visitors in lovely surroundings.  And people in the wine business don't themselves too seriously here. There is still a lot to like about laid back Paso and given the choice between returning here or to Napa, Paso would win every time.

Geographically, Paso Robles AVA is generally divided between east and west sides (with route 101 serving as the bisecting line.)  Thanks to its relative proximity to the water, the climate on the west side is less intensely hot than the east side.  That helps make the hilly west side good Rhone variety country, and some noble varieties do well here, too.  The east side is flat and hot by comparison, making it ideal for Zins. Again, these are sweeping statements for which there are exceptions aplenty.  But outside of some small micro-climate pockets, Paso is not a cool place.  To wit, only five producers make the cool-loving Pinot grown here.

But what about the wine?  Well, there's good, bad, and ugly.  An unscientific survey of retail shelves would suggest that Cab and Zin are the area's biggest exports.  Frankly, I did not taste through a sampling of Cabs and Zins to be even close to representative, but what I did taste left me with these three impressions: 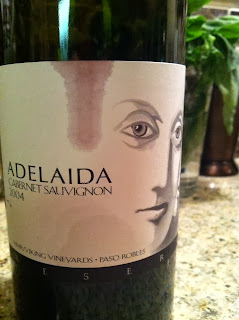 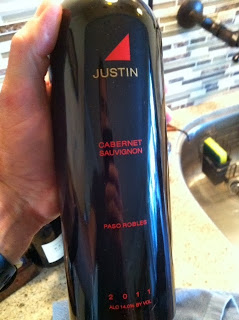 From a grower's perspective, the acreage numbers shake out with Cab being the most widely planted (by a factor of three) variety, followed by Merlot, then Syrah, then Zin.  The challenges of marketing Merlot and Syrah these days explains the absence of these on shelves as they're used more commonly for blending (for now anyway).  But, as I recently wrote about Santa Barbara County...

"...if Pinot Noir attracts much of the attention in this area, then Rhone varieties generate much of the passion - at least for those in the know.  Underappreciated and undervalued, less familiar varieties like Marsanne, Roussanne, Grenache Blanc, and Viognier make brilliant, complex whites that boggle the mind and dazzle the heart.  Similarly, less popular red varieties - Syrah, Mourvedre, Grenache - emulate the French traditions of the southern Rhone valley while maintaining an identity true to their provenance. Powerful, complex, and incredibly satisfying, red Rhone varieties in Santa Barbara County seem to thrive..."   Just replace "Pinor Noir" with "Cab and Zin", and replace "Santa Barbara County" with "Paso Robles".

This statement is perhaps best embodied at the venerable Tablas Creek Vineyard...We'll leave it there for Part 1 and pick up with Tablas Creek in Part 2...