on April 27, 2014
Odd-ball bunch of wines this week, with the best at the top.  Stay tuned for a some great news for value seekers and Zin lovers later this week.  Cheers. 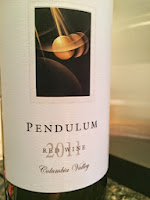 2011 Pendulum Red Columbia Valley $20
Soft, lush, graceful, eminently pleasing. What else could you want from a $20 red?
2012 Rodney Strong Pinot Noir Russian River Valley $23
Sort of a flash in the pan that starts out ordinary, evolves to something bordering brilliant, then fades after a while.  In that sweet spot, though, is a wine that aspires toward greatness at half the price with a spice rack of flavors that is centerfold-worthy. 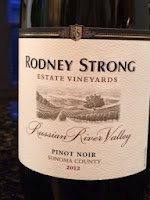 Full, fleshy, and loose. Comparisons between this wine and some women of a certain size and proclivity come to mind.  Gregarious and fun.

2010 Sergio Mottur Red "Renfro" $26
Nice tezture, surely Italian, and some chalky tannins.  But it doesn't hold a candle to what this wine was six years ago - or what the Orvieto white is today.

2010 Emina Tino Fino Ribero del Duero $18 (received as a press sample)
At first, just serviceable and much like a lot of $8 reds out there, except it's $18.  Given time, though, it develops some structure and heft, but never materializes into anything noteworthy.  Improves on day 2, but still lacks in distinction. 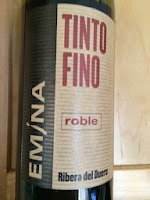