Recycle Bin, Week of May 19

on May 20, 2014
Hi everybody.  This week we're doing something a little different in the Recycle Bin.  Rather than the usual grab bag of wines that were uncorked in the Winethropology laboratory over the preceding week, we're focusing on the wines of a single winery.  Not only that, but we're focusing on the wines of Sawtooth Winery, located in the Snake River Valley in Idaho. Idaho?  Yeah, Idaho.

Their Syrah, which was featured in the very first Recycle Bin compelled me into action and, before long, I found myself on the phone with Meredith Smith, Sawtooth's winemaker.  Meredith was kind enough to arrange for a broader sampling of their portfolio, no doubt eager to prove what Idaho, the Snake River Valley, and she is capable of.  So, how'd they show?  Impressively.  As interesting and well-made (and demonstrative of this area's potential) as these wines are, dollar-for-dollar, pound-for-pound, that Syrah is still haunting me as a kick ass wine independent of where it's from.  And, that, folks, is what really counts.

Keep your eyes open for this brand, distributed widely by Glazers. 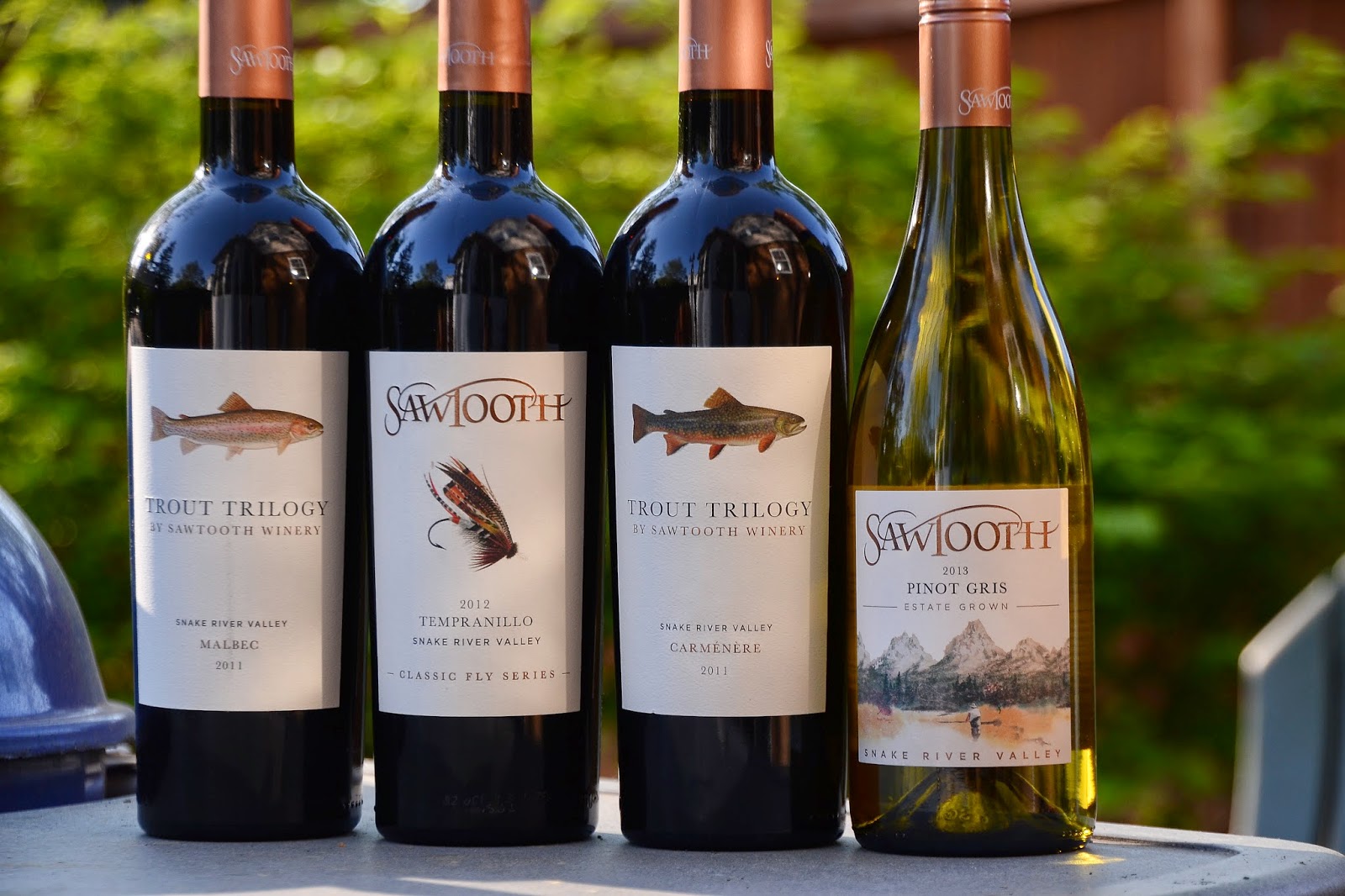 2013 Sawtooth Pinot Gris Snake River Valley Idaho $15
Fruit forward and full. Bright, white crushed flowers for aromatics and mid-palate. Full bodied, yet clean. Very gulpable.
2011 Sawtooth Carmenere Snake River Valley Idaho $30
An hour decanting is an absolute necessity. After that it comes together into a cohesive, smooth package of concentrated fruit core hung on a finely constructed frame.  Tastes both like Carmenere and something I want to drink a lot more of.
2012 Sawtooth Tempranillo Snake River Valley Idaho $25
A high-tone, perfumed ride along an evolution that meanders like the river valley whence this came. Limber and bright with a strong oak backbone. Changes so dramatically from hour to hour that its difficult to pin down. Probably needs another year in bottle to settle down before emerging from it s adolescence.

2012 Sawtooth Malbec Snake River Valley Idaho $30
Starts out with a warm, comforting, chocolate aroma. Initially the midpalate is hollow but after time, it opens up and that midsection fills in nicely with rich, lovely-textured fruit. Structure abounds with properly proportioned tannins. Very nice and very food friendly.