Recycle Bin, Week of May 26

on May 26, 2014
Wow, this is Winethropology's 601st post - time sure flies! Hope you all had a terrific Memorial Day weekend. We have several reviews for you in the Recycle Bin this week because we are taking next week off.  There are plenty of great wines in this edition. However, the well-informed wine buyer will promptly seek out the Italian red – an absolutely amazing wine several bottles of which came home to the cellar (but have already been drained.)  The lead-off Cabernet is pretty damned impressive, too.
2011 Louis Martini Cabernet Alexandet Valley $30 (Press sample) 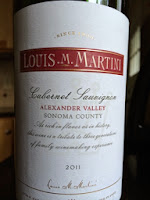 A shocker of a wine, especially considering that it's from the difficult 2011 vintage.  Rich, dense, and coarsely textured, this full-bodied Cab is remarkably delicious.  Not at all subtle, nor for the faint of heart.  This big boy has dusty tannins that are nicely integrated into its broad frame. You almost need a knife and a fork for this one.  YUM.
2013 Cune Rioja Monopole White $15 (Press sample)
Conjures up images of seaside, checker table-clothed lunch tables, and plates of seafood in the sunshine. Light and lean, but flavorful and clean-finishing. Perfect summer porch drinking wine, but probably even more at home with an outdoors weekend lunch. 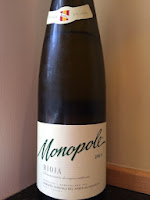 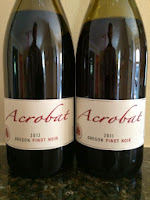 Tasting these two side-by-side is a little perplexing. Honestly, they're tough to tell apart. I was expecting much more of a difference considering delicate 211 vintage in Oregon. Both are soft, lower in alcohol than your a average Pinot these days (13%), and generally quite pleasing. The 2012 has a little more vigor to it, but just a little.
2013 Dancing Bull Sauvignon Blanc California $11 (Press Sample) 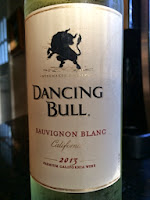 While certainly better known for their array of zinfandels, this brand turns out quite an impressive entry level Sauvignon Blanc. Crisp, bracing, bright, and full of not-so-shy flavors, you are sure to get your money's worth of sizzle out of this one.
2010 Cune Rioja Crianza $13 (Press sample) 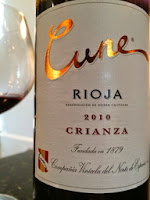 The great thing about Rioja Crianza? Well, there are a few: first, it's straightforward and uncomplicated, unadulterated by overbearing oak, doesn't overreach for achievement, and inexpensive. When it's well made it's still very much Rioja; sun-baked earth meets centuries of winemaking tradition. That's this wine.
2012 Landmark Pinot Noir Monterrey County $20 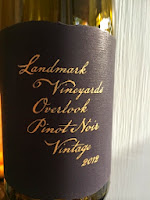 Drinking far beyond it's $20 price tag, this supple textured Pinot has it all going on. While there is plenty of fruit to be had here, the smoke and spice characteristics take it to deeper depths – or higher heights, depending on how you want to look at it. Either way, this is a pleasurable surprise particularly at this price point.  Shame that $20 is the value benchmark for Pinot anymore. 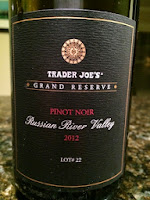 2012 Trader Joe's Pinot Noir Russian River Valley $13
Admirable. Supple but with a good little bite in the ample spice.  Altogether enjoyable at a hell of a price. Will definitely buy this again soon. 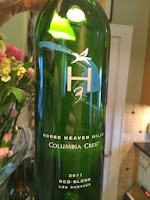 Given the terrific experience with their lower-end Amitage, I figured an upgrade would yield similar results, only better.  True?  While this wine is fun to drink, it's not $6 (or 75%) more fun than the 2009 Amitage.  Think of this as the Amitage's dressier younger sibling who went to boarding school, but didn't necessarily turn out any better. 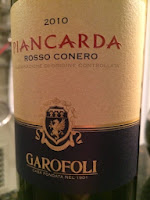