on September 15, 2014
Wow, some bombastic, memorable wines this week including a trip down memory lane with a certain Cabernet, some terrific Italian values, a stunning Chardonnay, and a complete (but lovable) oddball white.  Enjoy!
2007 Beringer Cabernet Knights Valley $15.49 (on release) 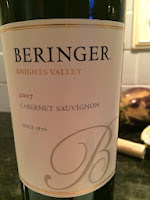 This bottle didn't stand a chance at lasting the evening. Though it's been in the cellar for five years since purchase, on opening it tasted exactly as I had remembered it: young, full of vigor, and framed by rough-hewn tannins.  (Original review here.) A couple of hours, though, and the bravado facade slipped away like an expensive negligee. What's left was a silken, impossibly irresistible, and composed wine. Strength and poise are in balance in this moment, which must be its peak. Cannot fathom having scored this for under $16 in a Jersey strip mall. (Or that the current release retails for $30!)
2012 Americano Chardonnay California $18 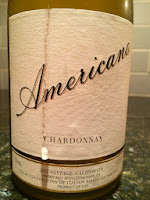 A caricature of itself. Lopsided toward a decidedly lush and generous malolactic component. Sitting somewhere between caramel and marzipan, what's interesting about the most prominent characteristic in this wine is that it manages to sit atop a pillowy, cloud-like texture. It's an irresistible combination despite its nearly freakish imbalance. 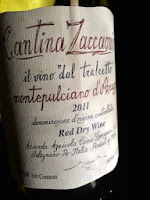 I've reviewed this before, but this is still one worth returning to. Especially as the barbecue season winds down, full, accessible, and round reds are easy go-to wines. Montepulciano makes for all of those in spades without breaking the bank. And this one does nicely.
2012 Sampietrana Tacco Barocco Negroamaro $12
Abundant fruit, gripping acidity, and course tannins round out this versatile value. Pair with anything from pizza to pork to a bad day.
2012 Annabelle Chardonnay Napa Valley $12
Ridiculed in previous vintages for having been ridiculously overblown and flabby, this one leans back towards the more streamlined version of Chardonnay, but fails to inspire beyond Wednesday night gulp. 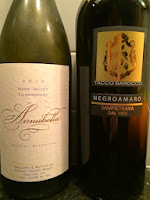 2009 Adelaida Pavanne Paso Robles White Blend $10 (On closeout)
Plenty of flaws and will present as odd to most. Still, this Rhone white blend from the Central Coast is a wine geek's infatuation. Funky and round, this ugly duckling is a walk on the wild side I'd like to take again soon.  Seriously, Grenache Blanc, Roussanne, and Viognier?  Awesomeness. 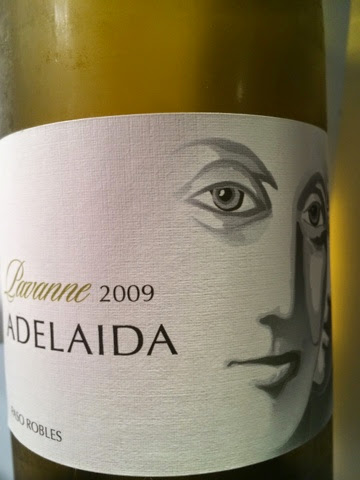 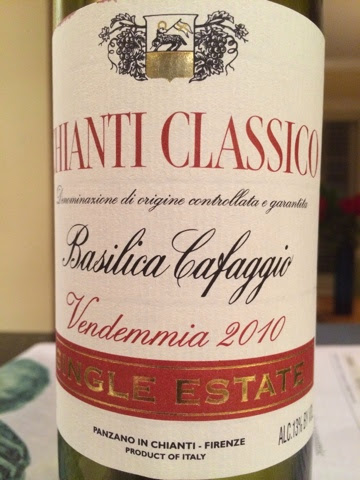