on December 16, 2014
It's a treasure trove of value-priced wines (and a couple of other, less enthusiastic/higher priced bottles) this week.  The Rhone continues to deliver in spades, as does a repeat success from Columbia Crest.
2013 Stoller Pinot Noir Dundee Hills $30 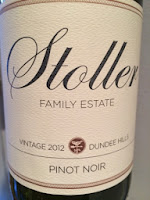 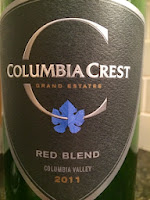 I picked this up after guessing that the Columbia Crest marketing folks rebranded the unfortunately packaged (but insanely delicious) Amitage to this slightly less unfortunate packaging. Is it the same wine?  Who knows?  Who cares? It's a different vintage and almost certainly a different blend from different vineyards, but definitely made with the same outcome in mind.  Anyway, who cares about all that?  It's a $10 wine! Whether it measures up to its predecessor or not is the yard stick in my mind. And it does (asterisk). While lighter and less umph-ing than the Amitage, it remains a well made, balanced, and eminently drinkable blend. It has traded intensity for, believe it or not at $10, a dose of polish. Add it up: balanced, drinkable, polished, and ten bucks. Let's just hope this packaging results in the same $8 blow out pricing the Amitage saw.
2013 Truchard Chardonnay Napa Valley (Sample) $20
Lighter in color than you expect for such a full-tilt wine. Archetypal California Chardonnay with a voluptuous, forward approach that maintains through the mid-palate and long into the finish. Round, well endowed, and gregarious.  A caricature of Chard on steroids. 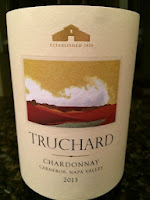 2010 Jean-Luc Colombo Cotes du Rhone 'Les Abeilles' $12
While not a universally appealing wine, it's commendable for its unwavering focus, dark sinewy character, and deep-running rusticity.  Oh, yeah, and it's ten bucks.  And peaking in terms of its age. 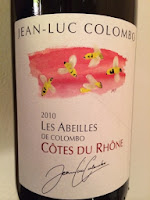 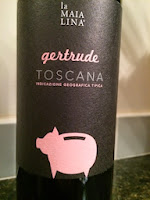 2011 La Maialina IGT 'Gertrude' $12
Think fuller-bodied Chianti minus complexity plus authenticity and you end up with this. Terrifically drinkable and complementary to Italian fare.  At this price it's one to buy by the six pack.
2012 Steelhead Vineyards Pinot Noir Sonoma County $13
What it lacks in depth it makes up for in precision. Overdelivers for its modest price point. Look for some nice medium spice and enough acidity to give it a little bit of grip. At this $$ I will be picking more up soon. 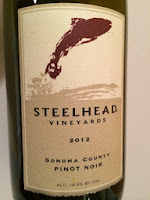