The Worst Time of Year To Buy Wine

on January 09, 2015
Higher Prices, Fewer Choices.  WTF?
By now the tree is curbside, the stockings have been boxed up, and the last of the wrapping paper and gift boxes have been recycled.  And if your cupboards are at all like ours, they look like they've been ransacked.  So, you think to yourself that, with the insanity of the holidays behind in the rear view mirror, you'll restock your wine supply.  What follows may cause you to think twice.  At least for a little while. 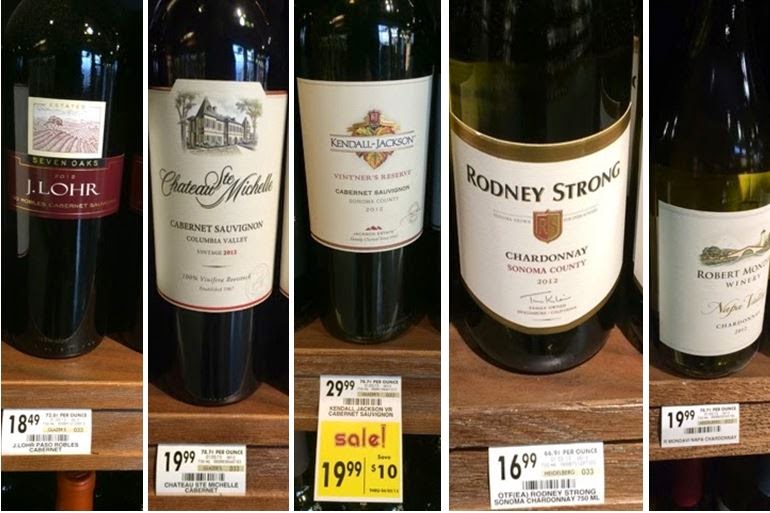 This is by no means supported by a critical mass of scientifically-collected data - or any data beyond the central Ohio market - but there's ample, casually-observed evidence to suggest that one resolution wine marketers made this year was to gouge consumers as much as possible.  Compounding higher prices are deliberately low inventory levels (most prominently at independent wine shops).  In other words, higher prices and fewer choices.  What the heck?
The inventory situation is pretty straightforward - with shelves depleted from the holiday rush, what better time to schedule an inventorying of products?  Particularly for smaller business that don't have sophisticated inventory management systems, the fewer the items to inventory the better. Besides, in anticipation of the typically quiet first quarter, retailers are in no hurry to unnecessarily invest in inventory that will sit stagnant for a while.  One retailer also told me that this time of year gives them a unique opportunity to "clean house" and make some careful choices about what new wines to bring into their store.  This is in full view at many wine shops, where the shelves have as many gaps as bottles.  While a small business owner's rationale for running lean is understandable, it sure is an unsettling sight.
But back to the gouging.  A swing through the wine aisle at the grocery store the other night was an eye-popping experience.  So aghast was I that I skipped the wine and went to another store, and then another - where I found the same thing: wines which two weeks ago were one price are now significantly more expensive.  What is "significantly more expensive"?  Check out this chart:
These are just a handful of nationally-available, domestically-produced wines almost everyone is familiar with and the prices of which I found so audacious, which is why I chose them.  Certainly there are brands (like Bogle) and many international wines which appear to remain steady, too.  And, sure, these observations are in just one of the country's major markets, but hikes of this magnitude across such major players are as coincidental as they are subtle.
The question is, why?  As tempting as it is to attribute something so stark to one evil cause, the truth is usually to be found in a few causal factors.  Seasonality could be playing a role, wholesale inventories could be legitimately low following a terrific holiday season, or maybe it's part of a diabolical scheme by Big Wine to put their hands into consumers' pockets.
Wait, what?  Put their hands into consumers' pockets?  Turns out others pay attention to this stuff, too.  Jeff Siegel over at the Wine Curmudgeon thinks price increases will come less overtly, via the fabrication of new brands and fancifully named wines to sell the same juice at higher prices.  Here's what one distributor told him:

“The perception is that the economy is doing well, gas prices are down, and there is more disposable income in folk’s pockets...The suppliers want to reach into that pocket and get some while the time is ripe. I think there are going to be more price increases than I would have originally thought.”

The good news is that the free market provides consumers with a very powerful weapon to combat greed: an apathetic wallet.The supply chain can hold out only so long before economic gravity forces their hand to recalibrate pricing.  I'm guessing you can hold out a lot longer.  So, if you're as disgusted as I am by this, think of it as an opportunity to do some inventory reduction of your own (read: raid your cellar).  Or maybe take the opportunity to branch out and try some things you haven't before.  It won't be too long before Big Wine gets the message.  And in the meantime, you'll still drink well.
other pricing