It's a mixed bag this week - mostly a batch of lackluster and ho-hum wines the mainstream wine press would have you believe are wonderful.  But there's a winner here that serves as a reminder that wine - great wine - is still being made in Australia at a significant discount to much of the remainder of the globe.  Cheers!
2013 Hess Select Chardonnay Monterey County $11 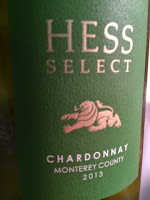 Perfectly serviceable, if lacking in any particularly noteworthy qualities besides its ultimately cloying finish. Safe to drink (one glass) if it's offered to you, but nothing you want to serve to dinner guests you'd like a reciprocal invite from.
2011 Roth Sauvignon Blanc Alexander Valley $13 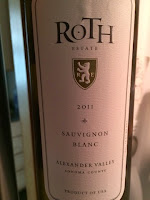 A few years of age could be to blame for a harsh bite that starts in the mid-palate it intensifies on the finish. 2011 is a couple of years older than what ought to be on the shelves right now - for Sauv Blanc, anyway.
2012 Rubus Shiraz Barossa $19 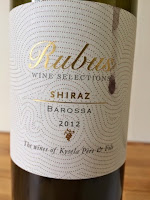 Australian wines haven't gotten a bad rap lately as much as they've gotten no rap at all. The Yellow Tail backlash (the effect of the ubiquity of that brand on the general public's perception that all Australian wines should cost eight dollars or less) has cast a long shadow over much of what there is to celebrate about Australian wine. This here is an example of what gets overlooked as a result. Powerful, intense, and with layers of complexity that over deliver at the price point, reaching for this when grilling lamb is a guaranteed success.  If it's been a while since you've had a gob-smacking Syrah, why deny yourself any longer?
2013 Cosentino Winery Cabernet Franc Lodi $13 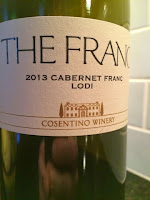 Hot, brash, and a bit clumsy for a Cabernet Franc. In fact, it bears a striking resemblance to Zinfandel from this area and has little, if anything, in common with Cab Franc. Aside from that, it's obviousness and heavy-handed oak treatment will appeal to many who go for that sort of thing.
2012 Vignobles d'Altitude Tessellae Cotes Catalanes $10 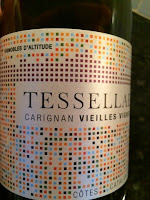 Pretty, dense, and fresh in a generic southern France kind of way. All fruit, no structure. Nothing terribly distinctive here other than the price tag.  The Wine Advocate gave this 92 points.  I give it a shoulder shrug.
cosentino cabernet franc hess chardonnay roth sauvignon blanc rubus shiraz Vignobles d'Altitude Tessellae wine review