on April 30, 2015
Scott Zanon has done what many of us occasionally fantasize about: he's gotten himself into the winemaking business.  In fact, he's got two vintages under his belt, with another on the way.  And he's managed to do this while living and holding down a day job in Columbus, Ohio.  Not only that, but the wines - which bear his name - are available for purchase at dozens of fine wine retailers.  He only makes one wine, a Dry Creek Zinfandel, and it's no basement project wine - it's legit.  The current vintage, his second, is from the celebrated 2012 vintage.

So, how did he do it?  We chatted over a beer yesterday and that was my first question.  First, some context.

Like the production of almost anything today, the wine industry's supply chain can be as fragmented or consolidated as you want it to be.  At one end of the spectrum is the soup-to-nuts approach: you buy a piece of land, plant it to your exacting specifications, farm it according to viticultural practices in harmony with your own beliefs/philosophy, and harvest at the moment of ripeness that coincides with your own stylistic desires.  You also build a facility to turn those grapes into wine, replete with massive capital equipment: destemmers, fermenters, pumps, barrels, warehouse space, a bottling line, maybe a tasting room, and so on.  Finally, you need a sales and marketing team to secure distribution channels and prime the demand pump. 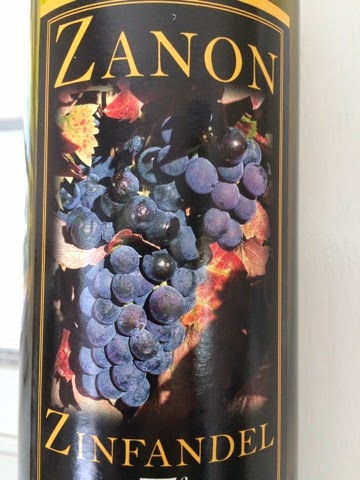 While this approach allows you complete control (or at least as much as mother nature will allow), it requires enormous, long-term investment and carries with it tremendous risk.  Generally speaking, anymore this approach is considered only by the extremely wealthy with more ego than business sense.

At the other end of the spectrum is the fully outsourced/contract option.  You can pretty much pick up the phone and have some outfit make a private label wine for you in short order.  The price is predictable and the investment is minimal.  On the other hand, you have little, if any control over any of the factors impacting quality: vineyard location, farming practices, vinification methods, oak regimens, etc.

In between these two contrasting scenarios are many hybrid options: many wineries source from farmers, but make their own wine.  Others outsource production to custom crush facilities.  Others buy shiners (already bottled wine), stick their name on it, and sell it as his or her own.

So back to Scott Zanon.  His approach sits somewhere in the middle of the continuum.  He knew he wanted to make Zin and, if it was going to be Zin, it had to be from Dry Creek.  So, leveraging relationships forged over many years as a salesman for wine distributors, he struck a handshake deal with a winery whose owners he's known for a long time.  Once a year he goes out and barrel-samples what they haven't earmarked for their own product.  By the time it's in the barrel, the grapes have been grown and the wine's been made, so what's left is to assemble a final blend.  Scott then does a bunch of tasting and blending to figure what combination of Zin and spice rack wines (Petite Sirah, Merlot, etc.) he likes and that will frame out what goes into the bottle.  With that decision made, the winery blends and bottles his wine, slaps his label on it, and stores it in their warehouse until shipping orders arrive.  But that's the romantic, easy part.

Even before he commits to the next tank of juice, he's got to find buyers.  A distribution deal is essential to get the product to retailers and restaurants, which he was also able to strike thanks to his many industry relationships.  But having a distributor doesn't mean they'll buy it all - his distributor buys in smaller increments as they sell through their own inventory.  Nor does the distributor do all the selling - most distributors who have good reach into a lot of outlets also represent hundreds of brands.  Zanon is just another in the mix, so there's still a lot that Scott's got to do.  He makes the rounds, pitching his wine to wine shops and bars, he speaks at tastings and dinners, and pretty much constantly spreads the gospel of his Zin, often fighting to navigate bureaucratic organizations to get to decision makers.

It's a lot of not-so-sexy work.

Scott readily discloses that he's not making a living at this.  At 500-ish cases a year, he's doing better than breaking even, which speaks to the conservatism of his approach and where it sits on that continuum of control versus risk.  For him, it's more for the love and fun of it than any chance at cashing in for an early retirement.  When asked if he's tempted to scale up to a level where he could make a living out of it (around 5,000 cases/year), he replies quickly: "No.  I like to sleep at night.  And I just don't want to lie awake thinking about how to sell that much wine."  Important lessons for those of us with a winery career fantasy.

You can find Zanon Dry Creek Valley Zinfandel for around $19 at almost all the better wine retailers in Ohio.

how to become a winemaker scott zanon zanon zinfandel