Recycle Bin, Week of May 4

on May 05, 2015
If we're speaking in terms of do's and don'ts, there are more don'ts than do's this week.  Honestly, there were some not-even-mediocre wines in the mix this week, two of which were poured into the kitchen sink.  On balance, however, there were some redeeming wines, too.  Enjoy.
2013 Stoller Family Estate Pinot Noir Dundee Hills $30 (Sample)
On initial decanting, a lighter bodied wine just begins to emerge on the approach, but is quickly followed by fast-moving, lacey acids. Given some time to breathe, which it absolutely needs at this young age, it begins to unfold with pretty, delicate spices forming the outlines, but the body never seems to materialize.
2013 Rutini Wines Trumpeter Syrah-Malbec Mendoza $9
Twenty five cents doesn't buy you much anymore these days, but what about nine dollars? That'll get you five cups of coffee at Starbucks, a movie ticket, enough groceries to make a pasta dinner for four, or this complete disappointment of a wine. Prominent flavors of fresh molded plastic and band aids pervade.  Brought the first bottle back convinced that it had brett, but the replacement was no different.
2013 Reserve de la Saurine $8
Terrific value in Grenache Blanc. Lots of freshness and minerality here. Summer?  Bring it!
2013 Ca Momi Chardonnay Napa Valley $11
Bordering on sweet and made in a style intended to extract voluptuousness and volume. Caramel, toast, and cream all in overabundance in this loud, brash, sloppy wine.

2012 Roccafiore Grechetto Todi (Umbria) 'Fiorfiore' $18
Reviewed last year and found to be one of the most exciting whites of the time, revisiting it at the first sign of warm weather is a reminder of what treasures can be found in Italian white wine. While an additional year of age has sapped some of it's energetic vigor, this remains a brilliant wine that captures the imagination.

2012 Zanon Zinfandel Dry Creek Valley $19 (Sample)
Broad range of spices and high tones of acidity frame this lithe Zin. Missing the characteristic linebacker backbone of Dry Creek, but making up for it in its liveliness. Very, very easy to drink. Fairly priced, too.  From an Ohio native, no less. 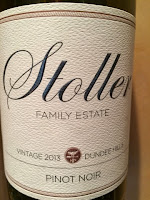 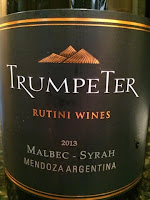 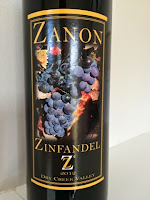 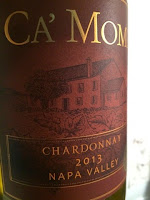 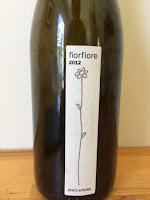