The Price Is Right: 3 Reasons Why You Should Stock Up Now

on October 30, 2015
Market circumstances that run counter to economic rules are very curious things.  As we get deeper into OND (wine industry speak for October, November, December), the appearance of just such a circumstance is visiting the wine retail market - and it's presenting an opportunity to stock up on wine for the holidays and beyond.  If you haven't yet noticed, there are deals to be had - and more on the way.  This is good news if you know what you're looking for.


Early this year I wrote about The Worst Time of Year To Buy Wine, noting that the month (couple of 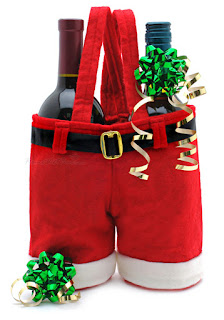 months, actually) following the holidays bore witness to some flagrant examples of price hikes, some combined with fake sales.  For example, Kendall Jackson Cabernet was "on sale" for $19.99 supposedly down from $29.99.  The first quarter saw a dearth of deals and price creeping that can only be described as audacious.

Not surprisingly, the holiday season is vital to the wine business.  According to the Direct to Consumer Wine Shipping Report (by ShipCompliant and Wines & Vines Magazine), 4th quarter sales in the DTC market account for a whopping 40% of revenues, whereas sources in the wholesale tier say that it's a little lower (33-35%) in their market, but higher in the on-premise (restaurants) segment.  OK, so demand is strong in Q4.  Makes sense.  People are entertaining, drinking, and gifting a lot during the holidays.  Perhaps more importantly, people are drinking higher quality stuff this time of year than the rest.

Why, then, would there be any price elasticity in a period of strong demand?  That's not how the laws of economics work.  Prices are defined by the intersection of supply and demand.  If supply rises beyond demand, prices fall.  Conversely, when consumption rises - as it does in the run-up to the holidays - prices should rise with demand.  Right?  So, why would we see any deals now?

A few things to consider:
Distributors I've spoken to suggest that #2 is most directly responsible for price pressure and decidedly skewed toward mass producers; "Big suppliers need to see depletions increase over last year.  Whatever it takes."  Hmm, whatever it takes.  The easiest lever to pull in order to enact the desired results is pricing, but also note the "big suppliers" part of that statement.  Deals are not necessarily across the board.  Rather, they're going to be concentrated in those big suppliers, or large holding companies like Gallo, SMWE, Constellation, etc. which own very large portfolios of brands.

The analysts at these large companies also recognize that, in addition to the pressures of growth targets, consumers do have alternatives. Even though wine sales continue to rise overall, so, too, are beer and liquor sales.  Given the choice of spending $30 on a fancy bottle of wine that will last a meal or spending $50 on a fancy bottle of liquor that can be enjoyed over many weeks, some will opt for the latter.

So, what does this all mean for consumers?  There are some bargains to be had, but don't expect them to be found on small production wines.  A distributor whose portfolio is full of tiny European producers told me their sales only experience a "small bump" in the 4th quarter.  "...most of our wines aren't commodity wines that get stacked and price reduced at grocery stores."

In other words, be on the lookout for grocery store wines (which anymore include some high quality labels) marked down.  But don't wait too long.  When January comes, the cold hard light of a new year will once again cast a very different set of prices across the market.  Stay tuned for specific examples in the weeks ahead.