The Gentleman Farmer of Wine Importing

on May 14, 2016
John Bee is sitting in a booth at a Popeyes just off an interstate. There's a half caf/decaf on the table and not much else. He's come here to share his experiences as an importer and distributor of Italian wines. More specifically, John specializes (exclusively) in wines of the Piedmont region. The comical contrast between our surroundings and the subject matter of the conversation we had was not apparent, except in retrospect. (That's right, a Popeyes.) 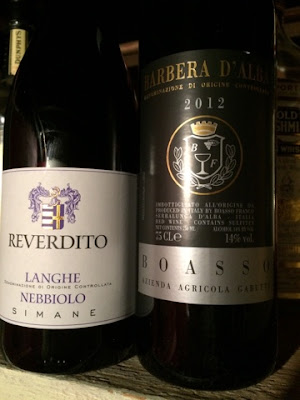 Of medium height and build, his eyes move around, taking in the surroundings as he speaks. Calm and self-assured, he projects an orderly, disciplined aura, but there is an irreverence here, too. You see, John is something of a gentleman farmer of wine importing. What follows is a summary of our enjoyable visit.  If you've ever wondered what it takes to set up and run a wine import business, read on.
Many people in the wine business can trace their involvement back to an epiphany moment that triggered their passion. For some, it was an incredible bottle. For others, a moment of crystallization while surrounded by vineyards. But, now in his sixties and with a long career in academia behind him, John has come to the wine game much later in life and by a very different on ramp.
With his wife who is of Italian heritage, John made several trips to northwestern Italy over the years. After a while, it became clear that this area was to be their second home. As he got to know the fabric of surrounding villages, it was almost inevitable that wine came in to focus. So, learning about the wines of the area through the people who farm and make them, John decided to make a hobby business out of bringing some of the Piedmont's bounty back to the American Midwest.
While explaining the process of getting an import and distribution business on its feet, John is quick to point out that this is not an economically-driven enterprise, but a luxury - a pursuit that puts him into contact with many terrific people and an abundance of extraordinary vinous discoveries. Without the economic pressures of putting food on the table and kids through college, he has been able to go about this business in a very different way. The results of that not only affords an uncommon retirement lifestyle, but have exposed a flyover country market to a (small) number of unique gems.
Based outside Akron, Ohio, John is the John Bee & Famiglia Portfolio of Piedmont Wines. An honest-to-goodness one man show, John explains that he handles everything from making sales calls and deliveries to paperwork and unloading container trucks. But being able to do so on his terms takes the edge off what can often be a brutal business to exist in.
Having heard countless tales of entrepreneurs in the beverage alcohol business mired in regulatory paperwork, one of my first questions was about the licensing barrier to entry. As John explains it, the process was surprisingly simple. The federal port registration for importing requires that the applicant demonstrate a willing supplier; someone who can attest that they will sell a foreign product into the US for distribution by the applicant. Easy enough. Once that is done, the application to become a distributor is state specific and rather straightforward. Neither permit required a great deal of money or effort. The most cumbersome regulatory aspect of the business is label registrations, which, thanks to government warnings and other ATF requirements, can sometimes feel like more work than it's worth.
Once you are authorized to bring wine into a market, you still have to go about finding customers to buy it, among other financial and logistical hurdles. Almost entirely hidden from public view is the very unglamorous tradition of selling wine to restauranteurs and retailers. "The Schlep", as John calls it, requires a lot of travel and waiting to see buyers whose demeanor is often somewhere between apathetic and disrespectful. He's done the math and, for him, this is an acceptable trade-off of having a lifestyle gig.
Shifting from the business towards his portfolio exposes just what a niche market John has created. Focused exclusively on autochthonous (awesome word) varieties from Piedmont, and even more narrowly on estate-bottled, family-run producers who embrace traditional methods, the universe narrows quickly both in terms of suppliers and potential customers.
"The primary purpose of each of these grapes has always been to make wine in the Piedmont.", he says. "My starting point is with grapes that are grown specific to this place....and if I see barriques in a producer's cellar, well, I just say, 'non me interessa'."  These statements are reinforced by the bottlings in his portfolio. Grapes such as nebbiolo, dolcetto, and barbera are synonymous with the region, but other varieties like favorita, cortese, and erbaluce rarely make it out. Together, these make the cornerstones of the list.
After filtering for place and philosophy, John lets his taste guide him the rest of the way. By virtue of the limited production of many winemakers in Piedmont, those in John's book tend to be overlooked or disregarded by larger importers who need their producers to meet certain quotas. The small size of his suppliers allows for business to be done based on a foundation of trust and friendship, a romantic notion that is still practiced here.
Asked if he was ever concerned that about risking a purchase based on his palate alone, he quipped that his impressions have been validated by his customers. And if what I've tried of his wines so far is any indication, his approach requires no further refinement.  To wit:
The 2011 Reverdito Nebbiolo "Simane" is a mouthful of elegance and a shocking value at $15. The soft and honest 2012 Gabutti Barbera "Boasso" also overdelivers at a very reasonable $16. As both importer and distributor, John is able to pass efficiencies on to the customer, making high caliber wines much more affordable (by a long shot) than comparable alternatives. What's more is his spotlighting of wines like Carema, Roero, and brachetto make accessible an entire category of wines previously thought of as "can't get that here."

Be on the lookout for more on wines from his portfolio soon.
john bee wine other