Last week's installment included a strong recommendation for a chenin blanc, a wine that doesn't get much play in the media.  The grape's manifestation is a study in contrasts.  The Loire valley in France is the Old World epicenter of chenin, while Franzia's ubiquitous boxes of ethanol-laced grape juice dominate domestically.  But these days the highest number of chenin bottlings you're likely to find on retailers' shelves are from South Africa where it is that country's most widely planted grape variety.

Though chenin is definitely its own animal, if you were to bookend it between two familiar cultivars, it would reside midway between chardonnay and sauvignon blanc.  When made well, its fruit is round like chardonnay's, but also bright like sauvignon blanc.  At the same time it's doesn't have the staunch backbone chard often has, or the zippy twang of SB.  What makes it unique is its texture and balance.  It somehow manages to strike a chord where fruit is present, but clean and accompanied by flavors of minerals and layers of nuance.  That's a lot for a wine whose price tag is routinely sub-$20.

So, while I'm still smarting from that recommendation I made a while back, this is a wine I've returned to a few times with growing enthusiasm.  I hope you enjoy it as much as I have. 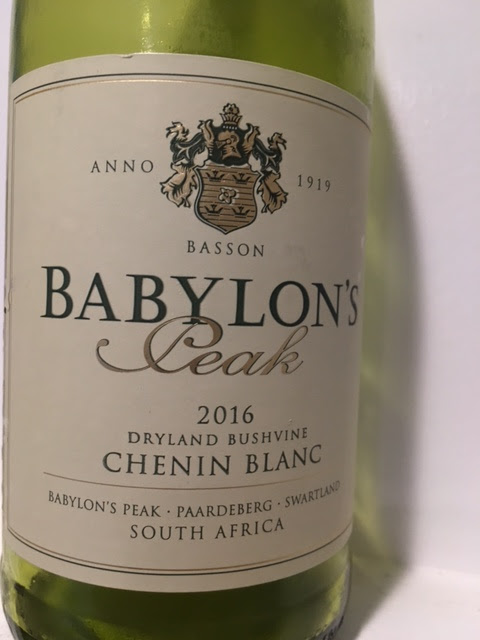