on May 09, 2018
As we head (finally!) into porch season, having some fresh new whites to beat the heat with is never a bad idea, and this foursome of samples from Spain arrived just in time.  A couple are the usual suspects, but the rose and (especially) sherry were unexpected.  Of these wines, the sherry was the one I found myself returning to again and again.  It's an acquired taste, but one that really gets its hooks into you.  Enjoy! 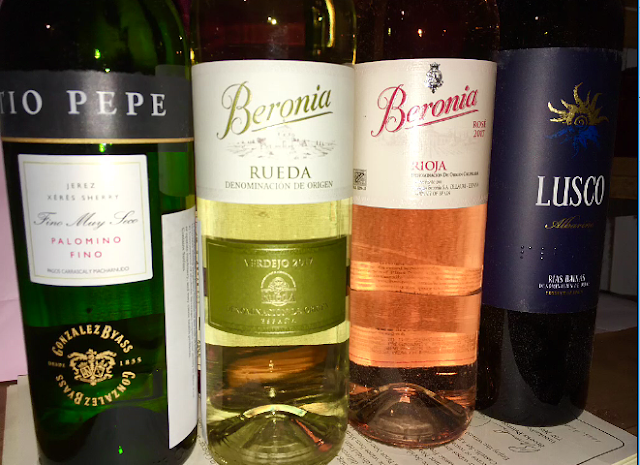 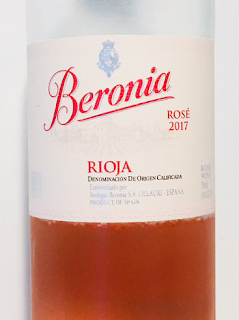 Brilliant. Exuberant aromatics are positively electric and carry through to the palate where lovers of bright sauvignon blanc will rejoice. It’s all here: citrusy/floral fruit, appealing acidic bite, and thirst quenching refreshment. Can you say porch season???

Pazo de Lusco Albariño Rias Baixas $25
Textbook. Honeysuckle aromas on the nose followed by green apple and citrus on the palate. Perhaps a bit more weighty than the average albariño, despite the slightly effervescent texture.

2017 Beronia Rioja Rose $13
Clean, flinty nose hints at what’s to come: dry, dry, dry, crisp, and with a snap of acidity on the finish. Not at all fruit forward or sweet, rather linear and precise. Great companion for summer fare.  Unique.

NV Tio Pepe Palomino Fino Sherry $20
For the unindoctrinated (like me) one should not expect Sherry to resemble, or be a benchmark for, wine. I have much to learn about fine Sherry and Palomino Fino is as good place to start as any. The nose is decidedly nutty and clean with elements of almost metallic hard minerals. The palate is light, clean, and bone, bone dry conveying essentially zero fruit. Instead, it’s charms come from its palate-cleansing qualities that border on savory and whet the appetite. Once you abandon the idea that this is a white wine gone horribly wrong, lingering with it becomes a companionable pleasure. Is it any coincidence that I’m hankering for a few slivers of Serrano and a block of Manchego? This could be the new house pre-dinner porch refresher.
beronia gonzalez bypass wines lusco albarino tio pepe wine reviews