on June 17, 2019
Grenache, syrah, and mourvedre were long ago discovered to be fantastic bedfellows, and for centuries the Rhône Valley has been the stronghold for where this triumvirate shines. But that doesn’t mean southern France has a corner on the market. Other regions around the world have made their own versions, with notable successes coming out of southern Australia and Santa Barbara county.

Each grape in this blend brings a something to the table, but the magic of it is that the resulting combination is greater than the sum of its parts. This blending also allows for a great deal of flexibility from vintage vintage so that, for example, if one year yields a grenache that is just too lean or too flabby, an increase in either or both of the other grapes can compensate for that shortcoming, as seen in the vintages below.


So, when two gorgeously-packaged samples arrived from a Bay Area winery known mostly for its chardonnays, my interest was piqued. Bay Area GSM? Hey, if you want to discover something under-appreciated, you need to keep an open mind. That these wines were from successive vintages was even more exciting, as this offers the chance to identify the commonalities of the wines, the variations from year to year, as well as winemaker's thumbprint. As new world examples from a vintner with a strong track record of consistency, these riffs also provide a modern take on GSM. 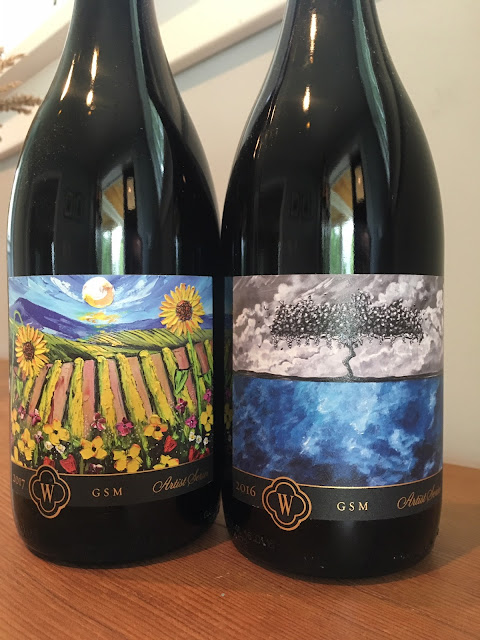 2016 & 2017 Wente GSM Small Lot Artist Series Livermore Valley $55
Not surprisingly, these two wines have a tremendous amount in common: expressive, round, warming, youthful, seductive, and with dusty, textured tannins. They also differ enough to tell that they are siblings, not twins. Perhaps the most notable difference between the two is that, while the 2016 offers a more poised, elegant structure and is a bit on the coy side (great things to come down the road here), the 2017 is confident in its largesse, delivering all in a casual swagger. The variation in the blend percentages (as seen on the rear labels below) show the flexibility of blending in action, with syrah swinging 9% from one year to the next.

Deciding on a favorite between the two proved challenging, with the '17 oozing just a little bit more sex appeal, at least right now. I sure would like to take a mulligan on that decision and revisit these wines in another 5 to 10 years, but if you can lay your hands on either in the short term, do it - these are in extremely limited supply. 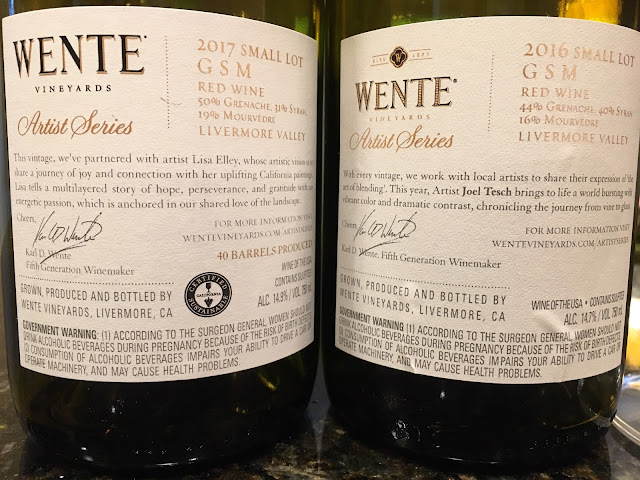