Boring But Important, The End Of The Beginning

on July 01, 2019
Patience Should Be Practiced Alongside Celebration

A few months ago I penned a couple of pieces (here and here) about Tennessee v Blair, more formally known as Tennessee Wine and Spirits Retailers Association v. Russell F. Thomas (formerly v. Zackary Blair.) This was a case that was then being heard before the Supreme Court and which I predicted would uphold the status quo. I was wrong, and that could be good news for consumers who like to shop for wine at stores in other states. 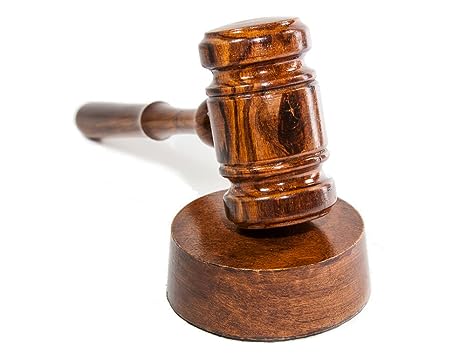 Late June is when most rulings come from the bench and last week was no different. While
gerrymandering and census questions dominated the airwaves, the Court also handed down a decisive 7-2 ruling in the case, striking down  Tennessee’s arcane (and brazenly protectionist) requirement that applicants for alcohol retail licenses be residents of the state for a minimum of 2 years. In other words, out-of-towners are not welcome to set up shop here - locals only.

This is a relevant ruling because, at its core is the rub between the Constitution’s commerce clause and a state law that discriminates against out of state businesses which, by the way, is far from unique in the US.  Though this ruling is great news for Total Wine, who will almost certainly rush to expand into Tennessee, its implications for other states are just that: implications.

What wine-loving proponents of this decision hope is that this ruling will help bust through the many state laws (including here in Ohio) that prohibit out-of-state retailers from shipping to consumers in-state. There are two ways for these decades-old laws to be dismantled: through the passage of new legislation and/or through attacking the laws in court. However, patience should be practiced along side celebration.

It is highly unlikely that state legislators will take the initiative, particularly considering that these laws have benefited the constituents of what is often the most generous campaign contribution and lobbying force in each state: the Wine & Beer Wholesalers Association. And though there are likely to be plenty of parties with standing to challenge local laws on Constitutional grounds, such fights require deep pockets and tremendous upside to whomever is picking up the tab.

Moreover, and as recalled in the Spectator article linked to below, we have a contemporary example of the high court issuing a wine-centric ruling that didn’t have a watershed impact: Granholm v Heald, “...which prohibits state wine-shipping laws from discriminating between in-state and out-of-state wineries.”

Though things have certainly improved in the intervening 14 years since Granholm was decided, you’d be hard-pressed to describe the current patchwork quilt of state regulations as fluid or open.  In other words, there’s case law, and there’s state law, and there’s how things work in the real world. Aligning those three can’t happen overnight, and won’t happen without some kicking and screaming and dragging of feet. Only a fool would underestimate the influence of the Wine & Beer Wholesalers Associations. This brief Wine Spectator article does a pretty good job of summarizing the salient points, including the opinions of the Justices who voted in favor of striking it down, and those dissenting.

In the meantime, pop some popcorn with your champagne and watch the slowly unfolding march towards liberated wine commerce.
other