The Most Compelling Wine From A Region You've Never Heard Of

Tucked way (waaaay) up in the northeast corner of Italy is a little-known winegrowing region called Collio. I'd never heard of the region, let alone Marco Fellunga's estate of Russiz Superiore, which is so far east and north, the Slovenian border is less than a mile away.  So, when samples from this family-run winery showed up, I was intrigued to sit down, investigate, and learn. And this is my kind of education...

Neither of these wines exactly exudes Italian character, nor do they suffer as a result. Instead, they express a lovely purity that feels like an honest reflection of place rather than style.  And as terrific as these wines are, you have to wonder what rewards await those who explore this area's wines, as well as those from just down the road in Slovenia's Brda region.  These wines are imported by Dalla Terra. 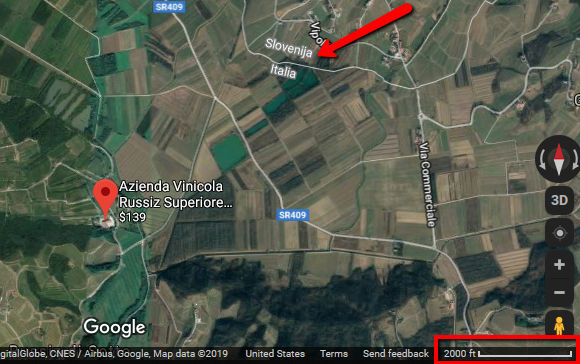 2018 Russiz Superiore Collio Sauvignon $29
Beautiful. Crystalline and electric, with beguiling aromatics and mineral-infused energy. Nose and palate show off a graphite edge that adds to the character and complexity in an alluring manner. This is a very fine wine. Wine nerds will go bonkers for how it channels the earth, and all drinkers will appreciate its quality. Among the most compelling and exciting whites I’ve had in a year or more.

2016 Russiz Superiore Collio Cabernet Franc $29
Dark and serious looking in the glass with long legs and an inky ruby color. The nose is bright and expressive and fresh, with subtle smoke, suggesting something more casual than what lies ahead. That thin thread of smoke complexity carries through to the palate where sophisticated elegance reigns supreme. This wine, though I was not sure what to expect, is a surprise. It does not carry with it the telltale Italian acidity, but the lean character that often accompanies mountain fruit. It’s joy is delivered in a quieter voice rather than a blaring trumpet. Seductive if you want it to be, but approachable regardless.  Would love to meet this wine again after five years of aging. 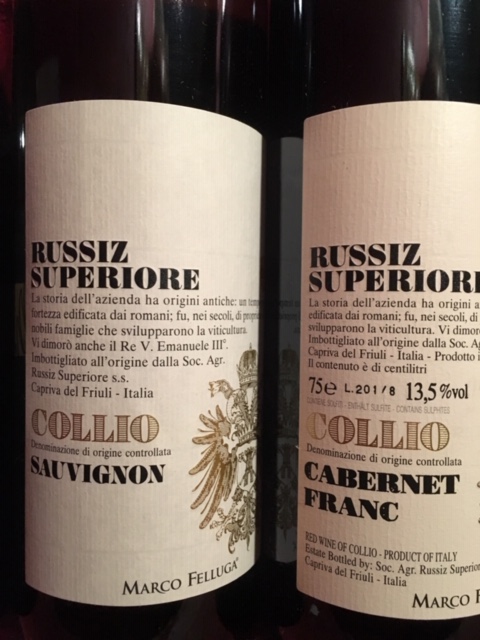