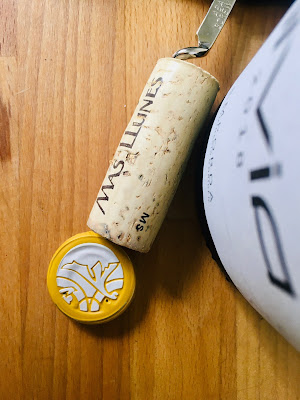 This wine has been haunting me since I first tasted it a month ago at the Catalonia tasting, where the producer was gracious enough to part with her last bottle.  (Gracias, Gemma!) Since then it's been beckoning me from the fridge, tempting me to revisit it and see if lightning strikes twice.

White grenache is not your everyday white wine grape, at least not in the US, but it has had a firm grasp on my heart since I first fell for Andrew Murray's whites a dozen years ago or more.  Like its red sibling, white grenache projects the place from whence it came in technicolor.  There's an honesty to the grape that, while pure, also offers no hiding for a winemaker's shortcomings.  In other words, when it's good, it's great. This is one of those wines.

Mas Llunes is a small, family-run operation in the Emporda region of Catalonia. Tucked about as far up in the upper right corner of Spain as you can get, the winery's home town of Garriguella is a scant ten or so miles from the French border and even closer to the Mediterranean coast. Here, Gemma and her father run the family wine business which has roots dating back to the 14th century. They practice modern winemaking that honors the land's tradition.  This is reflected in their Nivia white wine.

2018 Mas Llunes Garnacha Blanca/Macabeu 'Nivia' Empordà Spain $?*
As it warms to cellar temperature, its voluptuous shape unfolds, framed by well-defined, taut edges.  Though full, giving, and generous, there's nothing heavy or boastful about it. This is an elegant and sexy wine that maintains proportional evenness as it casts a dizzying, swooning spell.  Beautifully unencumbered by manipulation, this is as clean an expression of grape and place as I've had the pleasure of experiencing in a long time.  Bravo.

*Mas Llunes (shockingly) does not have a US importer as of yet, so this wine is only available in Europe, where it retails for around $12. Given what's happening with recently-imposed tariffs, it's anyone's guess what will happen to accessibility to the US market, let alone pricing. 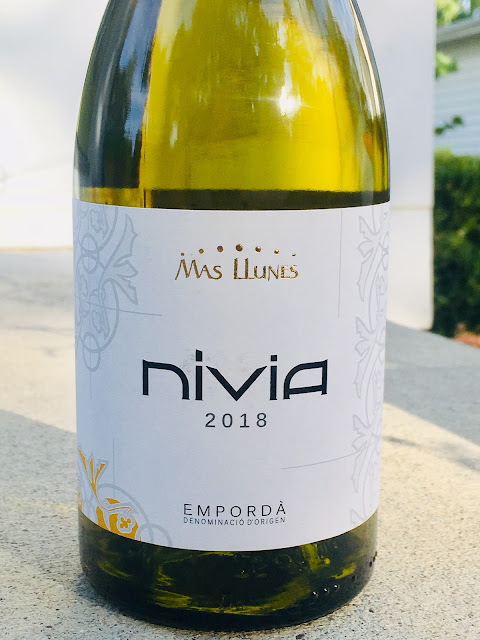