Tucked into a crevice a stone's throw from Chateau St. Jean is the small wine estate of Locanda. Owner Dr Joe Cleaver was educated in Rome, a city said to have been founded by the mythical twins Romulus and Remus whose iconic image suckling a she-wolf has become a symbol of the city - and the logo for the winery.  The estate's red blends are also named for the twins. 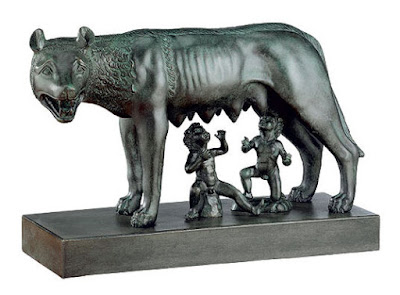 Winemaker Brian Graham has a resume studded with terrific producers in California and beyond, including Canard, Outcast, Chronister Family, and others. His work on behalf of the Czapleskis at Canard first caught my attention almost twelve years ago with the incredible inaugural release 2006 Canard Cabernet. Since then, he's been a busy guy.

Overseeing winemaking at Locanda like a proud father, Brian has worked hard to get intimate with this small, organic vineyard, extracting everything it has to offer. Walled in by steep hills on three sides, this natural bowl of a site is a microclimate unique unto itself. Cooler than surrounding areas, the grapes enjoy extremely long hangtimes, which accounts for the intensity evident in the wines. This is perhaps most evident in the primitivo-driven Remus bottling, which is far more dense and bears little resemblance to the zinfandel grown in nearby vineyards. 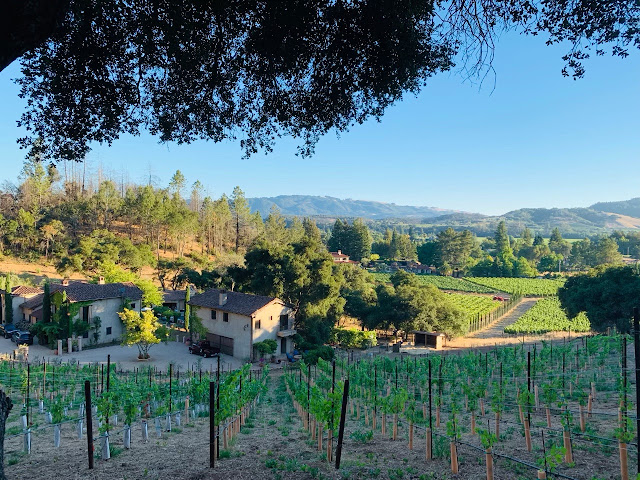 The estate fruit provides the grapes for Remus and Romulus bottlings, while the balance of Locanda's wines are sourced from other high-caliber vineyards, including the famed Georges III and Carneros Lake vineyards, both Beckstoffer-owned. Regrettably, fires scorched Locanda's hillside in 2017, forcing replanting, but creating the opportunity for new plantings of corvina (the primary grape in Valpolicella and Amarone,) as well as cabernet for future estate bottlings. 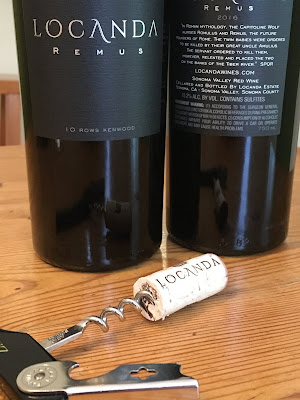 The combination of careful vineyard cultivation and passionate winemaking result in a portfolio of wines with statuesque postures, yet inviting souls. Made in minute quantities, those with a desire to acquire will need to contact the winery directly.

I'll confess (and apologize) that it took me ten months to evaluate these wines. Part of the delay was the onset of hot summer months, but also these wines are big and deserving of pacing. While descriptors like intense, massive, and concentrated might indicate one-note wines, the story of these wines keeps going; elegant, approachable, and welcoming. Though the newer-planted vines won't come online until next year, anticipation is building already. Reviews of the Locanda wines, which were conducted prior to the adoption of the 100 point scale, follow. However, as a general sense of quality, these wines would all sit comfortably in the mid-90's. 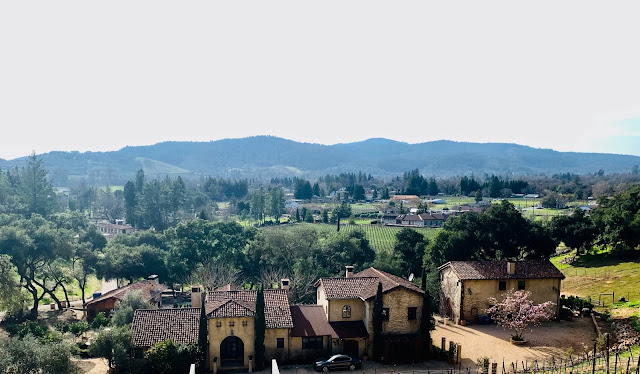 2018 Locanda Beckstoffer Carneros Lake Vineyard Chardonnay $65
Don't let the pale blonde color of this for you: it's got guns. The nose is full and round, replete with creaminess and toasted oak which carries through to the palate. Rather than a dense, monolithic structure, the flavors outline the shape of largess that is mercifully seamless and in balance. The body flavors channel restraint and focus, something unexpected from this region. All in all, a fine and refined package. 120 cases produced.

2017 Locanda Cabernet Sauvignon Beckstoffer Georges III Vineyard Rutherford  $280
Nearly black and opaque in the glass from where gorgeous perfumes emanate. Marvelously dense and rich, with a nectar-like texture. Remarkably poised and unexpectedly balanced. This caliber of cabernets can lean towards exaggeration on many fronts, but this is in sublime balance despite its weight. Oak is mercifully complementary rather than interfering. The finish is dry, but lingering and beckoning. Extraordinary. 125 cases produced

The Remus and Romulus estate wines are a fascinating study in contrasts, not only between the two, but the samples included one of each from the 2016 and 2017 vintages. The Remus is made primarily of primitivo harvested from the same ten rows of vines year to year, while the Romulus is mostly petite sirah durif clone (pictured below) from the same twelve rows. Brian's thumbprint is consistent, though a light touch, across these wines, allowing for the vineyard's unique characteristics to take center stage.

2016 Locanda Remus Estate Red Blend Sonoma Valley $95
Deep garnet in the class and luminous with no opacity. The nose is an interesting combination and ripe and tart, with baked black and red fruit. The spices, however, are just exhilarating. In the mouth, supple texture is the stage for ripe black fruit framed by a solid tannic backbone, moderate to high acidity and minimal heat. New oak shines throughout, as do the long-lasting leather, cocoa and floral notes. High cheek-boned, this is an elegant, muscular wine. Though concentrated and intense, and with prominent oak over a tannic structure, it isn't over extracted. 85 cases produced

2017 Locanda Remus Estate Red Blend Sonoma Valley $95
A high strung stallion. An absolutely beautiful, deep garnet in the glass, after a little air this vintage is more approachable than the 2016 despite being a year younger. Warming, round spices give a sense of spatiality within which to enjoy the soaring palate. Textured tannins give it a sense of meatiness and heft that somehow makes it more like a favorite wool sweater than a great aunt’s boat blanket. The end result is something that promises to ease towards cashmere-like comfort and finesse as it ages (which it should do beautifully over the coming decade.) 96 cases produced

2016 Locanda Romulus Estate Red Blend Sonoma Valley $95
Near black, opaque, and intimidating/serious-looking. On the nose, oak spice rides cleanly atop tightly focused black fruit. That same theme carries right on through to the mouth where youthful shyness is in balance with accessibility. The texture is the real stand out here: super fine, powdery tannins blanket the ample fruit and towering structure. There is not an ounce of flab on this chiseled beast, and the finish, much like the beginning, is clean and long. As the night winds on, its fabric relaxes to the contours of the evening in a comfortable drape. Elegant, refined, and very, very high-quality. 105 cases produced 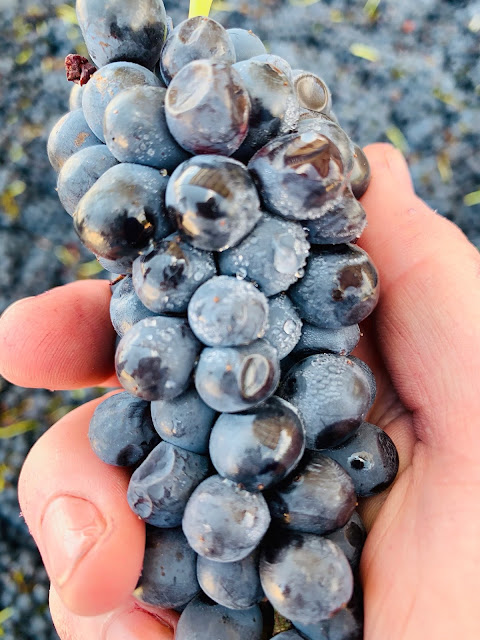