Costs less than a cheap glass of wine!

Jeff Siegel, aka The Wine Curmudgeon, is a career journalist who's been writing about wine for a long time (even longer than I have!) His is a special, and dying, brand of wine writing: independent and honest. In addition to being a friend whose counsel I seek from time to time, I've returned to his pages over and over for all sorts of good stuff: the latest industry news, humor, and blisteringly blunt wine reviews.

A frequent judge at wine competitions and author of The Wine Curmudgeon's Guide To Cheap Wine, Jeff's specialties have been affordable wine and an unapologetic critique of all things vinous. Calling it like he sees, he's ruffled more feathers than a chicken processing plant over the year. In the process, though, he's dispensed heaps of that ever scarcer commodity: truth. And if you spend any money on wine, unbiased advice should matter. 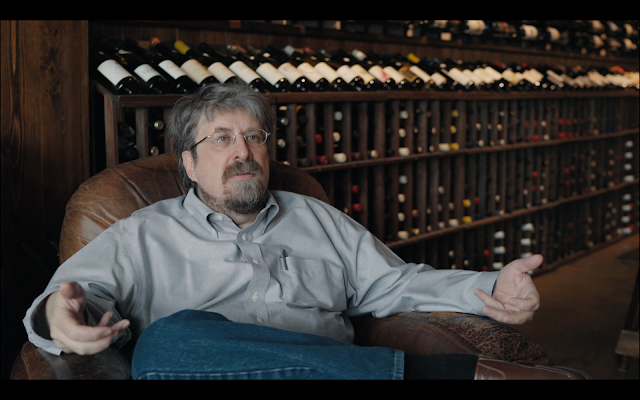 Though it might seem like we live in an era of devaluation of the truth, Jeff, ever the contrarian, is turning a new leaf - and charging for it. The nerve!

I had a chance to catch up with Jeff a couple of weeks ago to ask him what in the world he's thinking. A little Q&A follows, but as a long-time reader of his blog, I'll be subscribing to his new service and highly recommend you do the same. He's also extending a substantial (33%) discount to friends of friends who sign up for a year. That's less a cheap glass of wine!

Q: What can readers expect when they subscribe?
A: The same thing as now, but without any ads. That means a focus on wine costing less than $15 (and usually much less than that); the hall of Fame and Cheap Wine of the Year; 52 wines of the week that focus on value and quality; and my take on of the wine business foolishness perpetrated to sell you wine that you don’t want to drink at a price you don’t want to pay.

Q: What's the biggest reason why someone should subscribe?
A: Because, as one subscriber wrote when I was trying to figure out this subscription thing: “I have always thought I got your true opinion on value wines not tainted by big money. No one was paying you for favorable press.” And where else can you get wine writing tempered by the Chicago Cubs, the Ramones, and Linux?

Q: What's he most colossal pain in the ass part of this transition?
A: I have 13 1/2  years of work, almost 4,000 posts and pages. How do I keep that, yet do a paid newsletter? The software exists to do a newsletter on another platform, but not keep the all the posts. And if I keep the platform, it's not straightforward to do the newsletter. So finding a way to combine them was not easy.

Q: So, what's the motivation behind the change to a paid model?
A: Given the economic realities of the Internet these days, there isn’t much of a choice. If I didn't move to a subscription format, the blog would have to end sooner rather than later, and that might have been at the end of this year. I just couldn't afford to keep it going.

To get the limited time, friend-of-a-friend discount, click here - I just did!